Jane Cummings to step down as Chief Nurse for England

She will be retiring from the role of Chief Nursing Officer for England after more than six years in the role. 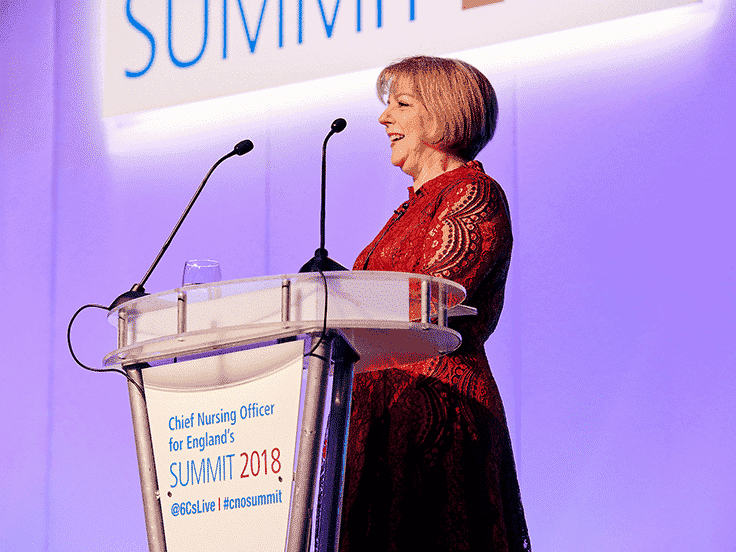 England’s Chief Nurse has announced that she will be retiring after six years in the role.

Professor Jane Cummings has announced that she will be retiring from the role of Chief Nursing Officer for England after more than six years in the role, and nearly 40 working in the NHS.

She has recommended to the Board that the Chief Nursing Officer should be the executive nurse lead for both NHS England and NHS Improvement as organisations move towards greater alignment.

Jane was appointed as chief nursing officer for England in March 2012, taking on the professional lead for nursing and midwifery in England. She is also NHS England’s lead executive director for learning disabilities; maternity; equality and diversity; and patient participation and experience. Since September 2017, Jane has also been NHS England’s regional director in London.

Over her tenure, Jane has delivered a series of important national programmes including the ‘6Cs’, Compassion in Practice and Leading Change, Adding Value, the current national framework for nursing, midwifery and care staff. Earlier this year Jane announced a major national nursing recruitment campaign to launch this summer as the NHS celebrates its 70th birthday.

She will play an instrumental role in supporting the alignment of the two nursing teams across NHS England and NHS Improvement over the next six months.

Professor Jane Cummings, said: “I believe passionately in nursing and midwifery and that the professions and the NHS benefit if we speak with one voice. In the South and London regions I have backed a single chief nurse leading for both NHS Improvement and NHS England. For some months I have argued that there should also be one nursing voice nationally and I hope the boards accept my recommendation that there should be a single chief nurse for both organisations.

“To lead and deliver this change, will require a commitment of several years and following more than six years as Chief Nursing Officer and nearly 40 in the NHS,  I feel it is appropriate that someone else should take on this challenge.

“It has been an honour and privilege to be the professional lead for over 500,000 nurses and midwives who make an incredible difference to people when they need it most.

“I am very proud to be a nurse and keen to encourage as many people as possible to join what are challenging but ultimately incredibly fulfilling and rewarding professions.

“Over the next six months, my focus will be to support the alignment of the two nursing teams across NHS England and NHS Improvement and lead the celebrations for the NHS in its 70th year. I will also launch the biggest recruitment campaign for new nurses for many years.

“We have so much to be proud of as the most trusted profession by the public, with improvements to compassion in the care we provide reflected by the patient survey and now over 400 ambassadors promoting our fantastic careers across the country.

“I am grateful to have had such a varied and interesting career to date. I have had the opportunity to work with many talented and inspiring people and most recently with those committed to improving healthcare across London.

“I look forward to continuing to support the NHS, our values, our staff and those we care for.”

She created new routes into Nursing.

Simon Stevens, chief executive of NHS England said: “Jane is a passionate advocate for nursing and midwifery, who has done so much to ensure the voice of nurses is heard loud and clear across the health service. Her personal leadership has helped the NHS create new routes into nursing, safer maternity care, more personalised support for people with learning disabilities, and above all a renewed focus on compassionate high quality care. As we approach the 70th anniversary of the NHS’s foundation, it is Jane who has initiated what is about to be the largest nurse recruitment campaign in recent times.”

Sir Malcolm Grant, NHS England Chair, said: “Jane has demonstrated all the qualities required of a great chief nursing officer.  She brought to the role her own extensive experience as a nurse, then built on it with energy and emotional intelligence to provide real leadership to the nursing and midwifery professions across the NHS in England, while also making major contributions to the business of NHS England. Her achievements will long outlast her six year tenure.”