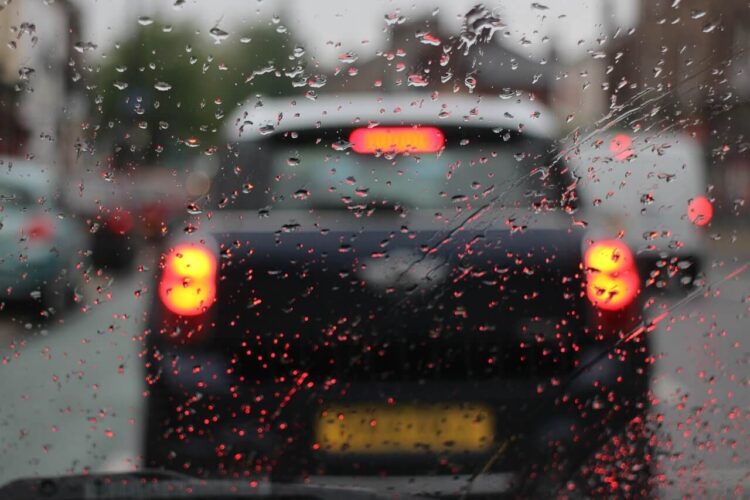 Tired and overworked nurses feel they are putting their lives in danger just to ensure patients get the care they need, according to a survey by NursingNotes.

A survey of 2,660 healthcare workers prompted by the recent deaths of two nurses, sought to examine how safe staff felt driving home from their place of work after a night shift.

The majority of staff (73%) said they felt unsafe driving home. Over half (58%) said this was because they did not have the time to take their unpaid allocated rest break. When staff do take breaks, most staff (77%) said their employer did not allow them to sleep during this unpaid period. One respondent said; “When I drive home from a night shift I feel like I am drunk. It sounds odd but I feel dazed and out of it and have slower reactions.”

An overwhelming amount of staff (96%) admitted to feeling stressed or tired during the drive home and nearly all of all those surveyed said they were often forced to leave late because they still had patient care to provide – only further compounding tiredness.

Falling asleep at the wheel.

Respondents often described driving home after a night shift as like being on “autopilot” and the majority (80%) admitted to not always remembering how they got home. One respondent said; “I find myself drifting easily between lanes. A lot of my nights I run with very short staffing levels and get no breaks and I never remember driving home after these. I have almost drifted into cars in other lanes.”

One respondent said; “A colleague of mine died in an RTC after a night shift,” adding “the coroner concluded she fell asleep and went headfirst into a lorry.”

A significant proportion of staff (40%) admitted having fallen asleep at the wheel with one nurse admitting; “I was driving back from work on the motorway after a stressful day and had an accident – swerved across the 3 lanes and the hard shoulder, somersaulted onto a trailer”. Another added, “the rumble strip has woken me up more than once”.

Dr Michael Farquhar, a Consultant in Sleep Medicine at Guy’s and St Thomas’ NHS Foundation Trust, said that while the NHS provides 24/7 emergency care “we all too often ignore the consequences on NHS staff themselves of working around the clock”.

He added; “Working long shifts, often under considerable pressure, inevitably leads to fatigue, especially when that work is being carried out overnight. Fatigue not only increases the risk of harm to our patients, but it puts every single member of staff driving home after a long nightshift at significantly increased risk of a road traffic accident – the levels of fatigue commonly seen after a normal NHS nightshift produce a similar effect on driving as if we are at or over the legal drink-drive limit.

“Driving tired is like driving drunk and when we ignore or forget that, we will continue to see NHS staff dying on the roads just trying to get home after a shift.

“A proper focus on regular rest and breaks during shifts, and strategies to reduce risk of harm when driving home after shifts, is essential, and every NHS Chief Executive has a responsibility to their staff and patients to do this.”

Employers must not normalise missed breaks.

Kim Sunley, Royal College of Nursing National Officer said: “Nursing staff are sounding the alarm on the dangers they face driving home from work after long shifts caring for patients. Staff say they are leaving work exhausted from being unable to take rest breaks and as a result are almost crashing their vehicles, in some cases with tragic and fatal consequences – this is an unacceptable position to put health and care staff in.

“Employers have a requirement to provide an uninterrupted break, however, in practice we know that staffing shortages can mean that health and care staff are unable to take breaks, eat or even or drink during their shift.“But despite the lack of staff, employers must not normalise missed breaks. This would not be acceptable in any other area where safety was critical and a lack of staff must not be used as an excuse for denying nursing staff the breaks they are entitled to.

“The corrosive effect of short staffing on patients and nurses has now never been clearer, but with a record 43,000 empty nursing posts in England alone it threatens to worsen. As well as employers upholding their duty give staff the break they are entitled to, the government must invest in the nursing workforce for the long-term and then change the law so that from the health secretary down, decision makers are held responsible for ensuring there are enough nurses to provide safe and effective care.”

Pushing exhausted nurses to burn out.

Jonathan Ashworth, Labour’s Shadow Health Secretary, said; “These two deaths are heart-breaking. We know that years of cuts, failures to address staff shortages and mounting pressures are pushing our exhausted nurses to burn out putting their lives at risk. It’s totally unacceptable.

“Our NHS ought to be the very best employer anywhere and that means caring properly for our staff just as much as they care for our loved ones. As a start we need to properly fund the NHS, bring back a decent bursary to train more nurses and midwives and invest properly in professional development.

“Ministers are taking our nurses for granted, it has to stop.

“My pledge is to be a champion for our nurses and midwives working together to improve care for staff and patients.”