A quarter of mums find maternity leave harder then they expect

Nearly half felt lonely while on maternity leave and at least one in five mums wished they’d gone back to work earlier. 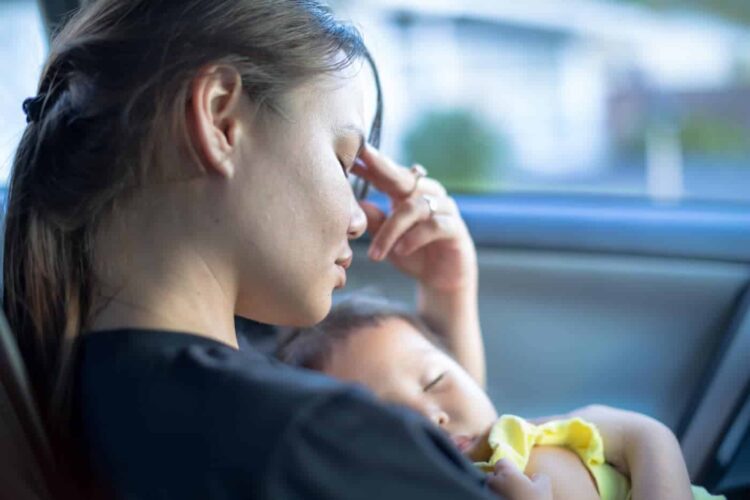 Over a quarter of mums do not enjoy their maternity leave as much as they thought they would.

ComRes, commissioned for The Emma Barnett Show on BBC Radio 5 Live, questioned women who’d been on maternity leave in the past ten years, and found that nearly half felt lonely while on maternity leave and at least one in five mums wished they’d gone back to work earlier.

A quarter found it more difficult to bond with their baby than they initially thought, and nearly half felt obliged to be positive about spending time with their baby.

Nearly half of mums aged 18-24, and a third of the mums aged 34 and under, didn’t enjoy their maternity leave as much as they thought they would.

The poll also found that over half of new mothers found breastfeeding more difficult than they thought they would be.

Emma Barnett, 5 Live presenter, who is herself returning to radio presenting this week after eight months maternity leave, said: “I have had some of the loveliest and more memorable times of my life during my maternity leave.   But it’s still been bloody hard, and, at times, lonely.

“As the one at the home, you struggle to have a sense of self;  to remember who you were;  and what you thought about before your child came along.

“There should be no guilt in saying you find maternity leave hard;  that you don’t enjoy every single second with your child; and that it’s exhausting.

Abi Wood, the speaking on behalf of the National Childbirth Trust, added: ‎“It can be really difficult to adjust to all the huge life changes a baby brings.  Maternity leave can be ‎an incredibly lonely time, particularly if you don’t have friends and family around to offer support.

“It’s worth finding ‎out about baby groups in your area and apps and social media can help you to meet other mums ‎locally. Even getting out for a walk or to a café can help a little. It’s also worth checking out what your ‎local NCT branch is up to.  Our network of local branches organises activities for new mums, so they can build support networks in their area.” ‎