Adam Kay’s Letter to the Secretary of State for Health 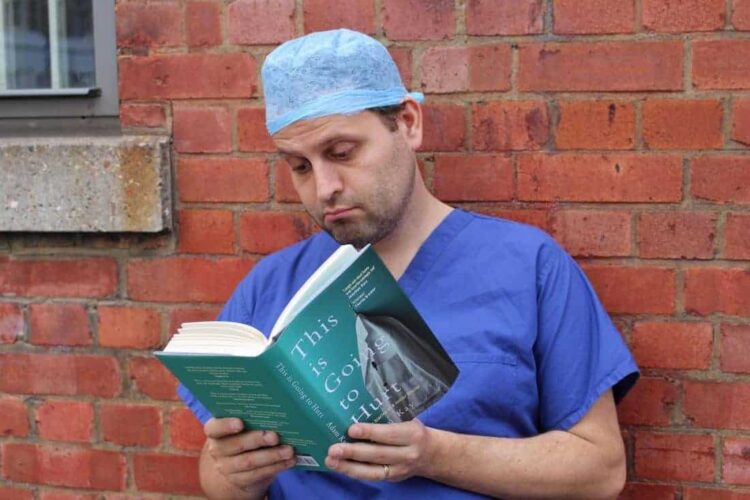 Adam Kay, a former Doctor, publishes an open letter to the Secretary of State for Health calling for him to walk a mile in the shoes of a junior doctor.

In his new book, ‘This is Going to Hurt: Secret Diaries of a Junior Doctor,’ the former obstetrics and gynaecology doctor writes candidly about his experiences as a junior doctor and the effect working in medicine has on both his personal and professional life.

In the open letter to The Secretary of State for Health, he said;

“Roger Fisher was a professor of law at Harvard University, who suggested back in 1981 that they should implant the American nuclear codes in the heart of a volunteer. If the President wanted to press the big red button and kill hundreds of thousands of innocent people, then first he’d have to take a butcher’s knife and dig it out of the volunteer’s chest himself; so that he realizes what death actually means first-hand, and understands the implications of his actions. Because the President would never press the button if he had to do that.

“Similarly, you and your successor and their successors for ever more should have to work some shifts alongside junior doctors. Not the thing you already do, where a chief executive shows you round a brand-new ward that’s gleaming like a space station. No: palliate a cancer patient; watch a trauma victim have their leg amputated; deliver a dead baby. Because I defy any human being, even you, to know what the job really entails and question a single doctor’s motivation. If you knew, you would be applauding them, you’d be proud of them, you’d be humbled by them, and you’d be eternally grateful for everything they do.

If you’re interested in reading more, you can buy a copy of his book on Amazon or book tickets for his ongoing tour.

Nurses verbally abused, spat at and even evicted for ‘spreading Coronavirus’