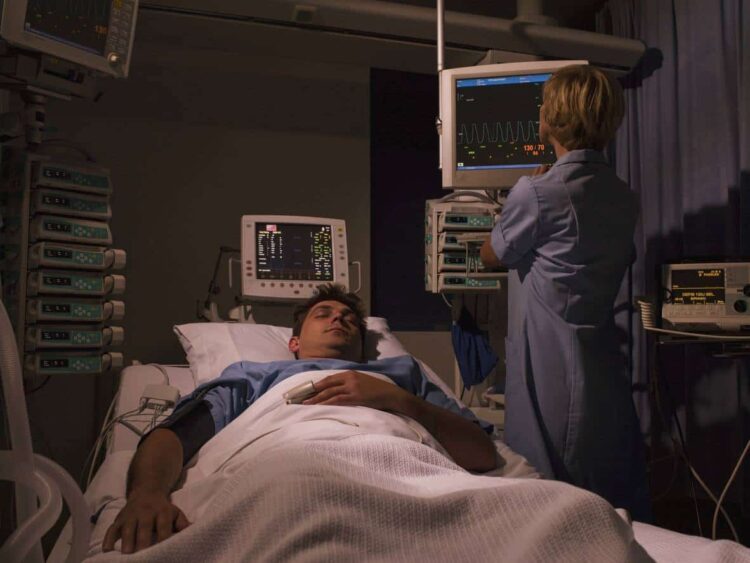 Allowing staff to have sleep breaks would combat stress and improve their ability to function.

An article published on the NHS Employers website by Dr. Farquhar highlights how having regular short 15 to 20 minute naps can help to combat fatigue, improving a persons ability to function thereby leading to less errors.

In a survey of night shift workers completed by NursingNotes, we found that while 65 per cent of nurses admitted to sleeping during their break almost 90 per cent claimed their employer had rules prohibiting it. An astonishing 45 per cent of respondents claimed they did not regularly have a break during their shift.

“Without sleep, we can’t function at our best”.

Dr. Michael Farquhar, consultant in children’s sleep medicine at Evelina London Children’s Hospital, said; “Those who work around the clock are used to dealing with fatigue. Night-shift workers generally sleep less, and have poorer quality sleep, when sleeping in the daytime. To stay awake at night, night-shift workers must fight against their circadian rhythm, the internal body clock insisting that they should be asleep. As more night shifts are worked, most people build up increasing levels of fatigue, as they fight against the twin effects of work jet lag and sleep deprivation.

“Many industries have strict mandatory rules about rest and breaks, to manage the fatigue of their staff, for one very simple reason – tiredness kills. We aren’t as good at thinking like this in the NHS.”

“The NHS never stops – it continues to treat all those who need it, regardless of the time of day. To do that safely, the impact that fatigue has on the health of the people who deliver that care, but also their ability to deliver care safely, effectively and efficiently, must be acknowledged. Momentary losses of concentration, simple errors, can rapidly lead to significant consequences for the patients we are there for. “

You need to be at your best.

Farquhar adds that although many forgo breaks when their area is busy, the truth is that the busier it is the more you need a break – you need to at your best to deal with it.

“For many people a short, 15 to 20-minute nap can help to reduce the impact of fatigue on their ability to function, especially at night. Power naps are enough to give a ‘boost’ of sleep that can leave you feeling more alert and less sluggish when you wake.”

“As the pressure on the NHS grows ever stronger, it becomes even more important that strategies to support the staff delivering care are put in place. Organisations need to understand the essential role of fatigue management and look after their staff so that they can provide safe, effective and efficient patient care.”