The Chair of the RCN Council will repeat the RCN’s call for a People’s Vote on the final Brexit deal. 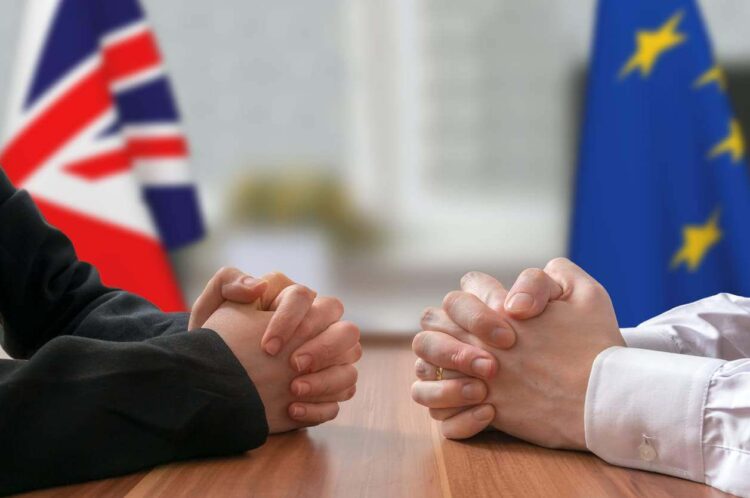 A senior figure at the Royal College of Nursing has warned that “Brexit poses an immediate risk to safe patient care”.

Speaking at a panel event called “Navigating Brexit: what next for the NHS?”, Maria Trewern will focus on the challenges Brexit poses for the nursing workforce and the RCN’s call for a People’s Vote on the final Brexit deal.

Since the Brexit vote in 2016, there has been a huge drop in the number of nurses and midwives from the EU joining the nursing register. Recent NMC nursing figures show their numbers continue to fall with 888 EU nurses joining in comparison to 3560 leaving from October 2017 – September 2018.

Maria Trewern will highlight the Home Office’s recent guarantee for EU nationals already living in the UK on their right to remain and work even if there is a no-deal Brexit.

Thousands of EU nursing staff are working in the NHS.

After months of RCN campaigning, this commitment provides long overdue reassurance to the thousands of EU nursing staff, working in UK health and care services.

Despite these assurances the RCN warns safe patient care is still at risk from the lack of agreement on a final Brexit deal.

The RCN has raised concerns over whether current EU education and professional regulatory frameworks for nursing will be preserved as well as future medical supply arrangements and the UK’s relationship with the European Centre for Disease Control (ECDC).

Post-Brexit, any fall in training standards and mutual recognition of health professional qualifications will impact on patient safety and inhibit the UK’s ability to recruit nurses and doctors from Europe to fill Britain’s workforce shortages.

These standards ensure nurses have completed the necessary training hours in clinical placement required for them to practise and EU nurses have the correct language qualifications. Meanwhile the lack of clarification on the UK’s future relationship with the ECDC risks the UK’s ability to tackle cross-border health threats.

A people’s vote on the final Brexit deal.

Maria Trewern will repeat the RCN’s call for a People’s Vote on the final Brexit deal to give citizens the opportunity to make an informed choice on decisions that will affect generations now and in the future.

Speaking at the BMA, Maria Trewern, Chair of RCN Council will say: “The UK is stumbling towards Brexit and patients must not be left high and dry without the medicines and the nurses they need.

“Not only are EU nurses a vital part of our workforce, they are part of our local communities. The Home Office has finally recognised how valuable there are to the nursing profession.

“However the Government has made little progress on maintaining the vital regulations and agreements we have with the EU. This lack of agreement on Brexit is putting the provision of safe and effective health care, as well as collective efforts to improve public health, at risk.

“It’s clear that Brexit will dramatically affect the nursing workforce and patient care. We are calling for a People’s vote on the final Brexit deal to make sure it works for nursing staff and their patients.”