After routine testing was introduced in the United States, the number of group B Strep infections dropped by over 80 per cent. 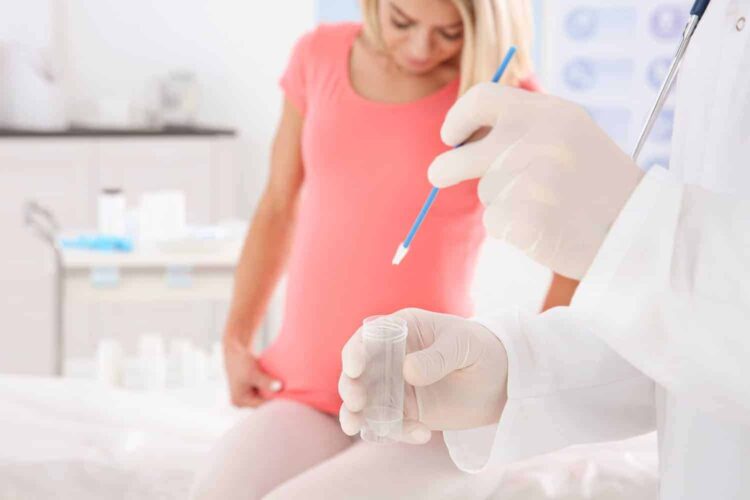 A charity is calling for the NHS to fall in line with other developed countries and offer routine Group B Strep testing to pregnant women.

Group B Strep is a normal bacterium which is carried around 25% of women in the vagina – usually without symptoms or side-effects.

Most pregnant women who carry group B strep bacteria have healthy babies. But there’s a small risk that GBS can pass to the baby during childbirth causing serious complications and in extremely rare cases it can cause miscarriage, premature labour, or stillbirth.

Unlike other developed countries, Group B Strep is not routinely tested for, but may be found during tests carried out for another reason, such as a urine test or vaginal swab.

Jane Plumb, CEO and founder of Group B Strep Support charity says: “Each week in the UK, one baby dies and another is left with a long-term disability as a result of group B Strep infection. Rarely harmful to adults, it’s the UK’s most common cause of severe infection in newborn babies, causing sepsis, pneumonia, and meningitis.

“The bacteria may be passed unknowingly from a mother to her baby around birth. The UK doesn’t currently routinely test pregnant women for group B Strep, unlike many other developed countries, including the United States, Canada, Germany, France and Spain.

“After routine testing was introduced in the United States, the rate dropped by over 80 per cent. If the rate was reduced in the UK in the same way, we could prevent group B Strep infection in approximately 350 babies every year, saving 15 babies’ lives and protecting another 15 from life-changing disability. The UK rate is currently more than double that of the US.

“The test would cost the NHS just £11 and costs from £35 privately. Pregnant women can take this simple, safe test between 35 and 37 weeks.“