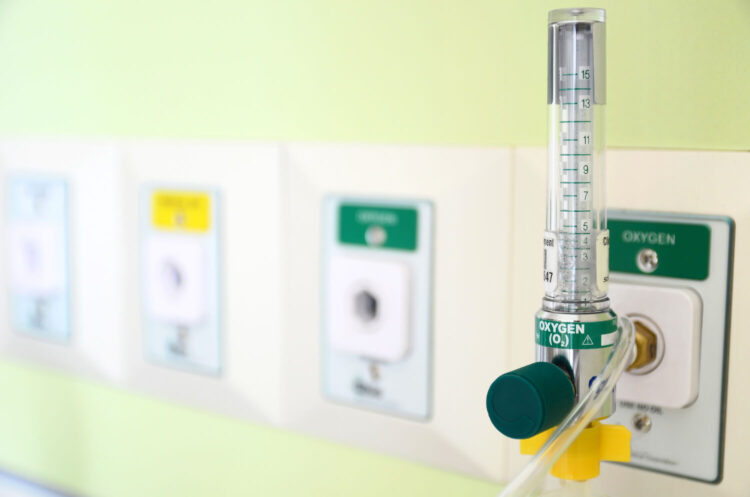 Healthcare providers have now been ordered to move away from piped medical air.

The UK’s Medicines and Healthcare products Regulatory Agency (MHRA) has issued a warning over flowmeters being attached to piped medical air outlets.

A National Patient Safety Alert (NPSA) has been issued to all healthcare organisations in the UK ordering them to move away from piped medical air for the nebulisation of drugs such as salbutamol.

It comes after 108 patient safety incidents over a three year period where oxygen tubing was unintentionally connected to air flowmeters rather than oxygen flowmeters – resulting in patients not receiving the required oxygen therapy.

According to the alert, “a review of the 108 incidents3 reported as occurring between 01 April 2018 and 31 March 2021, indicates that misconnection is often an ‘unconscious error’ (the person does not realise that they have made a wrong connection) and so incidents often go undetected even when other staff respond to deterioration or take over care.”

“Whilst six patients died following reports of misconnection, when attempts were being made to resuscitate them after cardiac arrest, it is unclear if they could have been successfully resuscitated even if oxygen had been connected throughout.

“Other consequences may occur later and be less obvious, as oxygen is prescribed to provide respiratory support, and these may be much more significant for patients with COVID-19 due to the rapid onset of hypoxia.”

It further explains that “Due to the proximity of the piped medical air and oxygen outlets at the bedside, and the similarity in design of flowmeters, there is a significant risk when using air flowmeters that patients may be inadvertently connected to medical air instead of oxygen.”

The alert also reveals that over a third of these incidents occurred in emergency departments.

This warning comes despite a previous safety alert and ongoing communication about the risks involved in using flowmeters with medical air.

Healthcare providers have now been instructed to cease the use of flowmeters for piped oxygen and instead move towards powered ultrasonic nebulisation devices and concentrators by November 2021.

“The size and portability of current models of powered nebuliser devices means they can be used in all wards and departments and thus eliminate the need for medical air flowmeters for nebulisation. Any other procedures that have historically used medical air via a flowmeter can utilise devices specifically designed to use ambient air,” the warning concludes.

A copy of the patient safety alert can be downloaded here.