Social care delayed discharges have led to over 2.5 million bed days being filled by medically-fit patients. 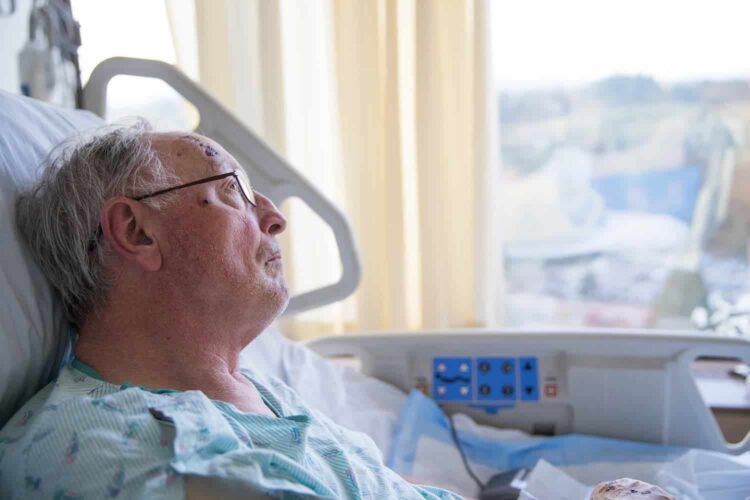 It can be unsafe to discharge a patient home without the correct social support in place.

Over the past thirty months, social care delayed discharges have led to over 2.5 million bed days being filled by medically-fit patients.

Research undertaken by the charity Age UK reveals that the average number of patients kept in hospital after being pronounced medically fit for discharge over this period is 2,750 every day.

This equates to an additional financial burden on NHS Trusts of £587 million overall, or £27,000 each and every hour.

Elderly patients face damaging consequences, as unnecessarily long hospital stays not only damage confidence and delay rehabilitation but can also lead to life-threatening complications such as hospital-acquired pneumonia.

However, It can be unsafe to discharge a patient home without the correct support in place.

The charity says this is due to a national failure to reform and is calling for the next government to prioritise an overhaul of social care and find sustainable funding.

A lack of social care.

Caroline Abrahams, Charity Director of Age UK says: “As we head into Winter, the time when the NHS is under maximum pressure, it is important for everyone to recognise just how much harder their job is being made by the lack of social care.

“It is appalling that 2.5 million bed days will have been lost to the NHS between the last Election and this one, simply because there is not nearly enough social care available to allow older people to be safely discharged.

“The waste of money this represents is staggering, coming in at more than half a billion pounds, but the human cost is arguably even greater, with many older people finding this means their recovery and rehabilitation is seriously delayed or in the worst cases put out of reach altogether.

“We cannot go on treating the public in this way and leaving the NHS in an intolerably difficult situation.

“We don’t want to face another winter during which there are genuine worried that our hospitals will be unable to cope because of lack of social care, and first we have to get safely through this one.”