Over four-hundred nursing associates have joined the register in the past two months. 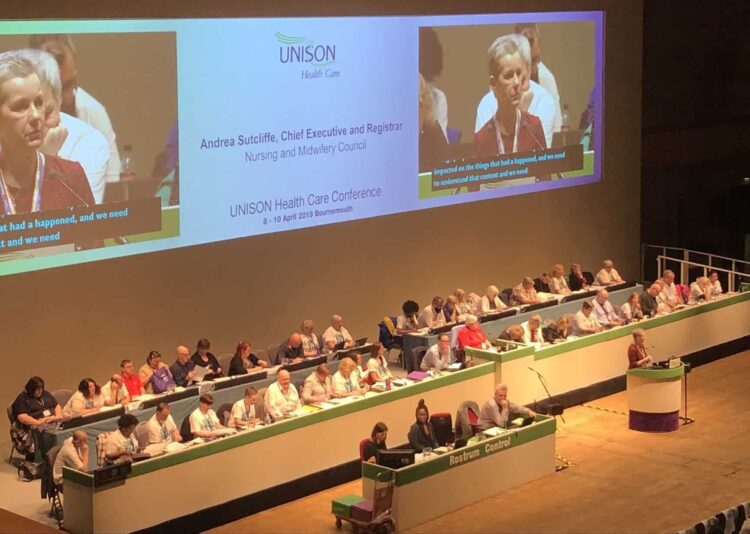 Over four-hundred nursing associates have joined the register in the past two months.

Speaking at UNISON’s Annual Health Conference, the recently appointed Chief Executive and Registrar of the Nursing and Midwifery Council (NMC) reassured members that while nursing associates are the future and “a valued part of the team” their purpose was to work alongside and support nurses rather than being a substitute.

In her speech, Andrea Sutcliffe announced the development of the Nursing and Midwifery Council’s new five-year strategy in which the regulator seeks to “understand the context” understand the context in which nurses, midwives and nursing associates are working and examine the pressures that affect staff.

“I would like to invite all of you to be part of the conversation that we want to generate over the next year as we develop our strategy for 2020 through to 2025,” she said.

Looking forward, she continued; “I just wanted to pick out two of the areas we have been working on which will take us into the future in a new way.

‘Working alongside and supporting nurses’.

“The first is the introduction of Nursing Associates onto the register in January of this year. I’ve been to a number of sessions already in my short time at the Nursing and Midwifery Council where I’ve met nursing associates – either those in training or those who have recently graduated and got their cherished PIN number.

“The pride they have in the job that they are doing is tangible. It drips out of their fingertips, and it is amazing. And they are a fantastic addition to the team that is looking after people across the health service in England.”

Reassuring nurses, Ms Sutcliffe added; “I would say just one thing to be absolutely clear; nursing associates are not there to substitute for nurses. They are there to be a valued part of the team, working alongside and supporting nurses to make sure that people are using services, get the best and safest possible care.

“And we have already got over 400 on the register even though we only opened it just over two months ago. So it’s a fantastic achievement for those people who have got there.”

Ms Sutcliffe went on to discuss proposed changes to the Fitness to Practice strategy, saying “We think it is not good enough for a regulator to wait until things have gone wrong before we start to intervene, before we start to provide support and help to people working in health and social care.”