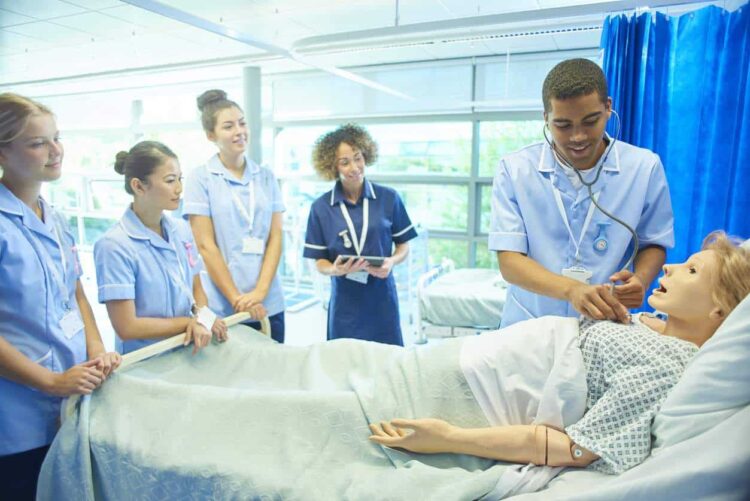 New proposals from the Nursing and Midwifery Council (NMC) mean that Nursing Associates could be included within minimum staffing numbers in order to “adequately safeguard patients”.

Proposed changes meaning NHS trusts would be given a choice in how they deliver training to nursing associates.

One option would be the traditional supernumerary model – where students are extra to the minimum number of staff required for safety and the same as student nurses.

A new second option would see trainee nursing associates included within ‘minimum staffing levels’ but trusts would need to demonstrate to the NMC how students would receive “appropriate learning time”.

The NMC says the second option would give employers a better idea of the “costs associated with nursing associate apprenticeships” and the ability to allocate learning time around service pressures.

The regulator has published new standards for the role which are due to be approved by the NMC later this month.

The NMC has confirmed that nursing associates will be subject to the same conditions of practice as registered nurses; adherence to the code of conduct, revalidation, registration fees and fitness to practice proceedings in the event something goes wrong.

Geraldine Walters, Director of Education and Standards at the NMC said: “It’s clear from what we’ve seen and heard that trainee nursing associates are appreciated by those they’re caring for, and that the nurses they are working alongside recognise the potential of the role now and in the future.

“We know just how important it is that students who are training ‘on the job’ have time away from their everyday duties to learn. We’re confident that the plans we’ve outlined today will not only support students to learn and keep patients safe but also work for employers too.

“We look forward to seeing the first qualified nursing associates caring for people across England from January next year.”

The first set of registered nursing associates are due to qualify in pilot sites in January 2019.