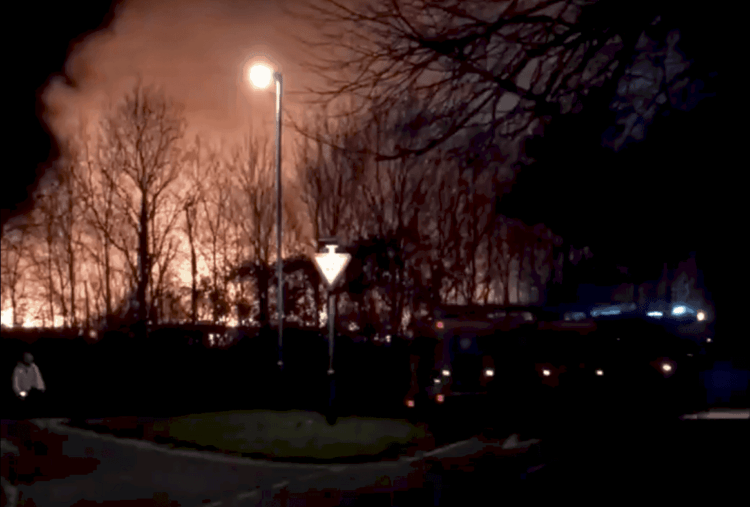 Firefighters have spent the night tacking a ‘major blaze’ at the George Bryan Medical Centre in Tamworth, Staffordshire.

The Goerge Bryan Medical Centre is an inpatient mental health facility run by the Midlands Partnership NHS Foundation Trust and located only yards of the  Sir Robert Peel Community Hospital.

Ten crews from Staffordshire, West Midlands and Warwickshire fire services were deployed as the fire took hold at the facility, prompting a full evacuation of nearly a dozen occupants and staff.

A spokesman from Staffordshire Fire and Rescue Service said that the fire spread through the roof of the building, adding was “severe” with “quite a lot of the building involved”.

Staffordshire Police have issued the following statement; “Officers are currently working in partnership with colleagues from Staffordshire Fire Service and West Midlands Ambulance Service at the scene of a fire at the George Bryan Medical Centre in Tamworth.

There are no reported casualties. All occupants and staff have been evacuated from the centre and are being transferred to other local medical centres.

The area remains closed whilst the fire service continue to control the fire.”

Later adding that 43-year-old, from Tamworth, has been detained over the fire.