A bronze tree memorial will sit on a plinth bearing the names of the hundreds who have died. 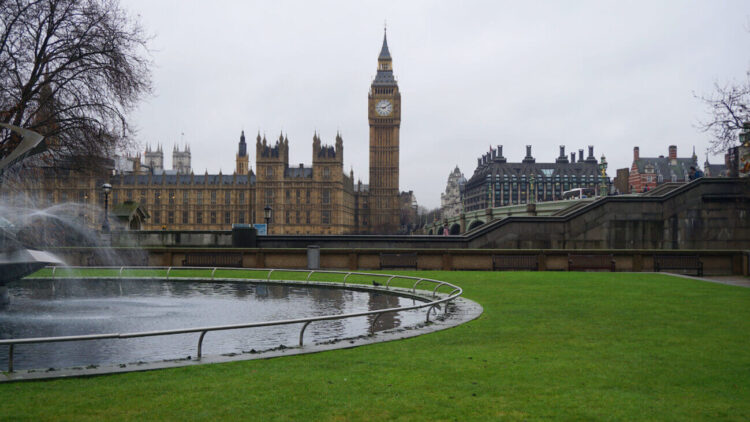 The memorial will be installed in St Thomas’ Hospital Gardens.

The Government has announced plans to install a memorial to remember the health and social care workers losing their lives due to the pandemic.

A bronze tree memorial will sit on a plinth bearing the names of the hundreds of health and social care workers who have died of Coronavirus since March.

Plans indicate the memorial will be installed in St Thomas’ Hospital Gardens, just over the river from Westminster.

The Government is asking for help in naming the memorial which will be unveiled next March to mark the first year anniversary of the pandemic hitting Britain.

Announcing the memorial Dean Russell, the Conservative MP for Watford, told the Sunday Express; “The principle of it is beautiful. The idea is that there will be sculpted catkins on the tree, and as the wind blows through them, it will make a loud hum so it will be a living breathing sculpture.

“We reached out to the Department of Health and Matt Hancock’s team. I wanted to make sure its something that actually happening and not just calling for a memorial.”

“The main thing was that we wanted to do something that paid tribute to our brave NHS and social workers because they have sacrificed SO much and their lives to help the country and citizens.”

Healthcare workers have spoken out on social media criticising the plans.

Anthony Johnson, leader of the grassroots group Nurses United UK, responded to the news; “Our stockpile was 10 years out of date and this Government has consistently refused to keep an accurate record of the deaths of our colleagues. Instead, it took seven frontline NHS workers to ensure that no one was forgotten.

“How dare they gaslight us and pretend that they care about the lives of our colleagues when we are the world leaders in the death rates of health and social care professionals per capita. It shouldn’t take a photo op for the Government to remember our colleagues.

“Instead the Government needs to commit to ensure that every frontline worker is able to have access to PPE and testing as we cannot tolerate any more deaths because of this Government’s choices.