Government not Public Health England at fault for COVID-19 failings

Experts have widely criticised the move to abolish PHE in the middle of a pandemic. 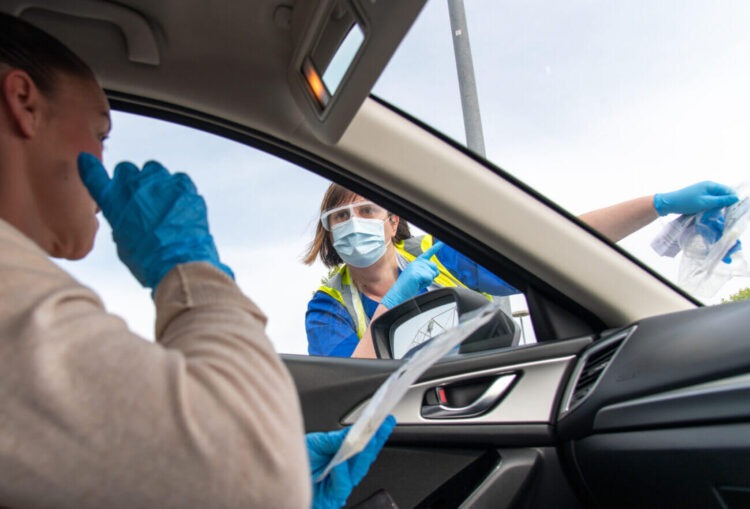 The Government response to COVID-19 was “wrong”.

The UK government got its approach to COVID-19 “badly wrong” but it was not the fault of Public Health England, says an expert.

A brand new organisation, whose primary focus is public health protection and infectious disease capability, is now being established by the Government to replace the “failing” Public Health England (PHE).

The National Institute for Health Protection (NIHP) will start work immediately, with a single command structure to advance the country’s response to the COVID-19 pandemic.

It will bring together the responsibilities of Public Health England and NHS Test and Trace, as well as the analytical capability of the Joint Biosecurity Centre under a single leadership team run by the former TalkTalk executive Baroness Dido Harding who will act as the organisations Interim Executive Chair.

Experts have widely criticised the move to abolish PHE in the middle of a pandemic.

Prof Gurch Randhawa, a specialist in Public Health and Director, Institute for Health Research at the University of Bedfordshire says that the blame for national failing on the COVID-19 response should not fall on PHE.

Insufficient supplies of personal protective equipment (PPE), a lack of community testing, tracing and isolation, and poor real-time data are just some of the issues the Government faced.

In a statement, Prof Randhawa said; “Now is precisely the time we need public health approaches to take greater prominence in the UK. PHE’s remit is to protect the nation’s health and well-being and reduce health inequalities. One would have expected the remit and functions of PHE to be increasing with a concomitant rise in budget, instead the government wants to abolish the agency.

“The UK government got its approach to the virus badly wrong but this was not PHE’s fault. The original government plan didn’t try very hard to prevent people from getting the virus, focusing instead on protecting the NHS. This explains how we’ve ended up in this tragic situation with such a high number of potentially avoidable deaths. Instead of protecting the NHS we should have focused our efforts on stopping people getting ill in the first place.

“It is not PHE’s fault that the original Coronavirus Action Plan, published in March, made no reference to public protection for the most vulnerable. PHE was also not responsible for insufficient community testing, tracing and isolation (TTI) capacity; the lack of real-time data and the lack of tailored messaging that could have ensured all sections of the UK’s diverse population would meaningfully engage with TTI.

“What is urgently required is a stronger voice for public health around the government policy table. There was a time when the UK Government used to have a Minister for Public Health. That role was abolished in 2016, coinciding with ongoing disinvestment in public health budget allocation in the UK. Now with the government proposing to scrap PHE we need to resurrect the role of Minister for Public Health and ensure that protecting the public’s health and tackling inequalities in health are at the forefront of government policy development.”

Is now the right time?

The British Medical Association have also echoed the sentiment that PHE must not shoulder the blame for wider Government decisions.

Dr Chaand Nagpaul, chair of BMA UK Council said: “We already have public health expertise in this country which is of the highest quality but despite the hard work of our colleagues in the last six months, substantial budget cuts and fragmentation of these services over years  have hampered the response to the Covid-19 pandemic. We must absolutely not allow PHE and its staff to shoulder the blame for wider failings and Government decisions.

“Public Health England should be part of a fully-integrated Public Health and NHS both locally and nationally. We also believe that Public Health doctors must be able to voice their views and policies independently in the interests of the public’s health and without ministerial constraints.

“With more than 1,000 new UK cases of Covid-19 being recorded for the fifth day in a row, we must seriously question whether now is the right time for undertaking such a seemingly major restructure and detract from the very immediate need to respond to the pandemic.”

Dr Peter English, chair of the BMA Public Health Medicine Committee, said: “Any reforms must remove the existing barriers, which have prevented Public Health professionals from doing their job at the scale required to completely suppress the spread of Covid-19 and prevent a second wave of infection. It is now clear that the way forward is to provide Public Health experts both locally and centrally with the necessary resources to do this effectively. Meanwhile, there must also be assurances that their work in other areas, such as cancer screening, obesity, substance misuse and  child poverty, are not completely deprioritised in focusing on the pandemic response.”