The debate was the first petition in front of a parliamentary committee since March due to COVID-19. 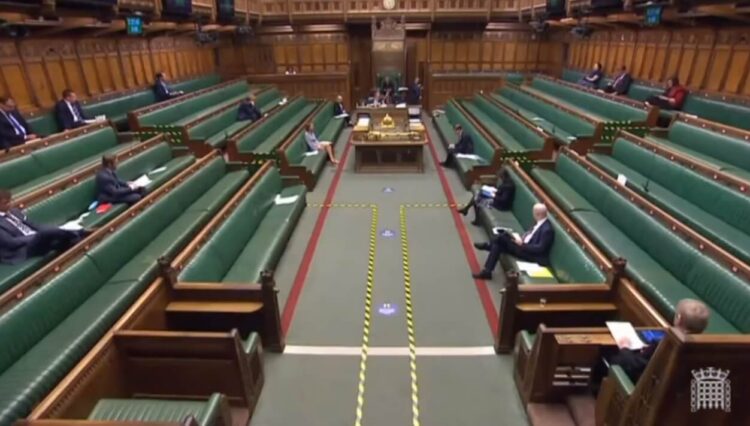 There are at least 40,000 nursing vacancies across the NHS in England.

Less than 20 MPs turned up today to a parliamentary debate on ‘recognising and rewarding’ health and social care staff for their hard-work during COVID-19.

The debate was triggered after a petition titled ‘Increase pay for NHS healthcare workers and recognise their work’ received more than 160,000 signatures

According to a recent YouGov survey, a massive 77% of the public support a pay rise for nurses.

Three other petitions were also debated including one that calls for the controversial immigration health surcharge to be scrapped for health workers and another that would grant citizenship to non-British health and social care workers who assisted during the COVID-19 pandemic.

Matt Hancock, the Secretary of State for Health and Social Care, was most notably absent.

Alex Davies-Jones, the Labour MP for Pontypridd, Wales, said during the debate: “The coronavirus pandemic provides a unique opportunity to try and show our thanks and appreciation.

“Call me old fashioned but I’m not sure a hand clap or a medal quite cuts it.”

Conservative health minister Helen Whately said the debate should “not just about pay” but should seek to increase the number of doctors and nurses in the NHS.

The debate was the first petition in front of a parliamentary committee since March due to COVID-19.

Olivia Watson, a Registered Nurse said; “We all know nurses are underpaid and this is why we have over 40,000 vacancies in the UK even before this crisis.

“Nurses demand that this government and decision makers listen to frontline nurses about the changes we need to see for our profession.”

Grass-roots activist group Nurses United UK is calling for a 10% pay rise for all health and social care staff, bringing for the first time in over ten years an over-inflation rise.

Anthony Johnson, Registered Nurse and Lead Organiser for Nurses United said: “The British public stand behind our nurses. It’s a shame that less than 20 MPs could be bothered to show their support for NHS staff on the frontlines.

“Actions speak louder than claps. We and the public will remember this.

Since publication, this article has been fact-checked by the independent charity Full Fact.