NHS organisations will be monitored on a quarterly basis until they declare themselves ‘fax free’. 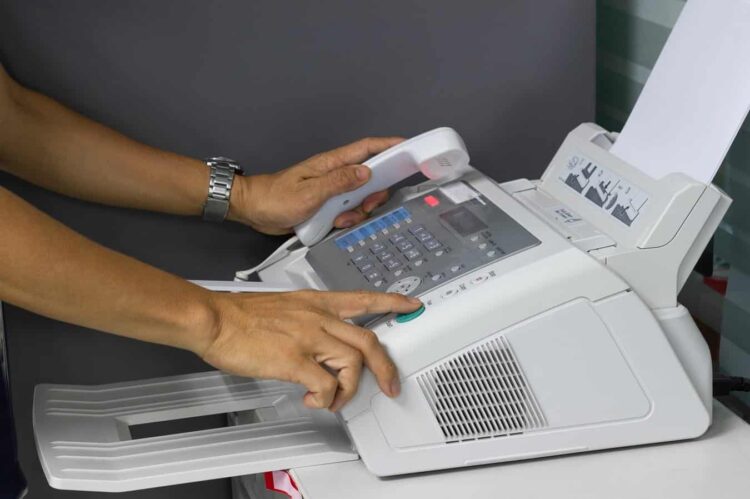 NHS trusts will instead be required to invest in new technology to replace outdated systems.

Matt Hancock, the Secretary of State for Health and Social Care has announced a nationwide ban on fax machines being used in the NHS.

The ban on buying fax machines takes effect from January 2019. They will be phased out by 31 March 2020. NHS organisations will be monitored on a quarterly basis until they declare themselves ‘fax free’.

A freedom of information request revealed in July that more than 8,000 fax machines are still being used by the NHS in England

From April, NHS organisations will be required to use modern communication methods, such as secure email, to improve patient safety and cyber security.

It is part of the Health and Social Care Secretary’s tech vision, to modernise the health service and make it easier for NHS organisations to introduce innovative technologies.

‘Living in the dark ages’.

Richard Corbridge, Chief Digital and Information Officer at Leeds Teaching Hospital, said: “We don’t underestimate the enormity of the challenge to remove all our machines in such a short time frame, but we simply cannot afford to continue living in the dark ages.

“The ‘axe the fax’ campaign aims to empower staff rather than disarm them and so far the feedback has been positive – staff are recognising that on the one hand we have hugely innovative technology being implemented in the trust and on the other we have technology that hasn’t existed for decades in other industries.”

“Most other organisations scrapped fax machines in the early 2000s and it is high time the NHS caught up. The RCS supports the ban on fax machines that will come into place in March 2020.”