The health secretary recently claimed that workers have already received a "significant rise". 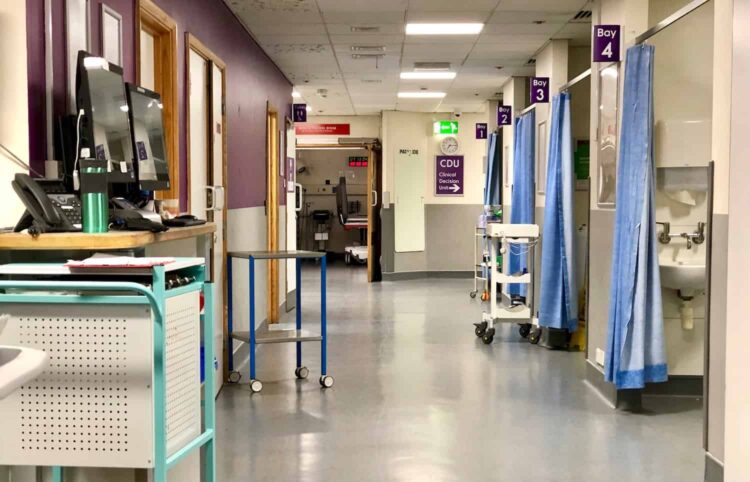 The pandemic has made the dedication and commitment of health and care staff plain to see.

Unison, Royal College of Nursing (RCN), and twelve other healthcare unions have today written to both the Prime Minister and Chancellor calling for them to “show its support for NHS professionals” by entering “immediate NHS pay discussions”.

The letters highlight how the COVID-19 pandemic has made the dedication and commitment of health and care staff, wherever they work, plain for all to see.

It goes on to explain that while the applause and tributes have been a short-term morale boost, this is a “unique” opportunity for the government to show true support and acknowledge the hard work of staff.

Despite the health secretary claiming that workers have already received a “significant rise”, NHS staff in England recently received their final annual rise following a multi-year pay deal – with the majority of nurses seeing a pre-tax rise of just 7% over three years –  below the rate of inflation.

With a recent YouGov survey finding that 77% of the general public supported a rise for healthcare workers, unions say that waiting until 2021 for the next scheduled set of pay negotiations is “not acceptable”.

The letter to the PM reads; “You have also spoken proudly about the work of NHS staff and talked movingly about the kind of care you received personally. It is a testament to the NHS that in ordinary times and in periods as extraordinary as these, every patient receives such high-quality care from a diverse and dedicated team.”

“The pandemic has shone a light on the essential contribution made by NHS workers and the level of skill and commitment displayed. The public will expect the government to be mindful of this when the next pay settlement is considered.”

“We are not seeking a ‘COVID bonus payment’ in recompense for recent work. The pay deals signed in 2018 were a start after years of pay capping and freezes but did not restore the value lost over a much longer period. More must now be done.

“Across every role and every setting, there are large numbers of vacancies – including in nursing, midwifery and the allied health professions – that the NHS must
fill so it can provide quality care for patients.

“A fair pay award would not only make today’s health workers feel valued, it would also help attract and retain the many more that will be needed if safely staffed and
world-leading services are to be achieved.

“The applause and kind words were a short-term morale boost for many health workers, but now it is time to begin these pay discussions without delay.”

Working harder than ever.

The calls come as the UK gets ready to remember everyone who’s died from COVID-19 and give thanks for the NHS on its 72nd birthday this weekend.

UNISON head of health Sara Gorton, who also chairs the NHS group of unions, said: “The applause and kind words shown during the difficult days of the pandemic were a huge source of comfort to NHS staff. But now the government should show its appreciation in a different way.

“Throughout lockdown, the public has seen the immense dedication, commitment and compassion shown by NHS staff, and now expects them to be rewarded.

“As the clapping returns this weekend for the NHS’ birthday, ministers can show how much they value health staff by committing to an early pay rise that the entire country supports.”

RCN National Officer Hannah Reed, who is acting secretary to the NHS group of unions, added: “Across the NHS, nursing and health care staff are still working harder than ever.These people are the country’s greatest asset. When we celebrate that, politicians must think about how staff can be fairly paid and valued.

“They do not need more warm words and praise that, to many, is already beginning to feel hollow. An earlier pay rise will go some way to showing the government values all they do, not just this year but day in day out. Proper recognition and pay to match it will go some way to addressing the number of unfilled jobs.”

Supporting the call, Nurses United UK, said; “Inflation has grown by 28% since 2010. Nurses’ pay has grown at an average of 8%. That means we’ve lost a fifth of our wages on the frontlines. Well done to the unions for finally realising that they need to be organising like we are to get a real deal that actually shows the British people care for our carers.”