Hospital food is ‘unhealthy, poor quality and not fit to eat’

One half of hospital staff in England say they wouldn’t eat the food served to patients because it’s unhealthy and of poor quality. 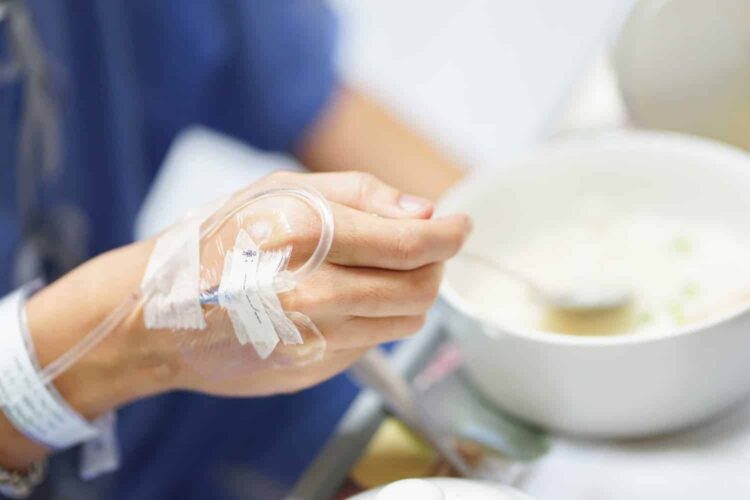 One in ten hospital staff also claim they have no access to free drinking water.

More than half of hospital staff in England say they wouldn’t eat the food served to patients because it’s unhealthy and of poor quality.

A survey of staff by UNISON revealed that hospital staff have major concerns over the meals served to patients alongside their own access to good quality, nutritious meals.

Many NHS employees and those working for private firms, including nurses, porters and those in administrative roles, also reveal nutritious meals aren’t available to buy at work, especially when on night shifts.

No free drinking water, poor food-preparation facilities or meals unsuitable for their dietary or religious needs were among other top complaints from more than 300 staff across England.

The findings highlight the failure of the NHS to ensure hospital vending machines, restaurants and shops provide good quality, nutritious meals. Staff also complained they are unable to heat up and prepare food on site.

‘Neither nutritious nor good quality’.

Half of respondents thought meals were neither nutritious nor good quality, while slightly more said they wouldn’t eat food prepared for patients.

Another major concern was the lack of healthy, inexpensive food and drink options for employees. Nearly a third said on-site vending machines sold no nutritious snacks. Similar complaints were made of restaurants and shops.

More than one in ten said they had no access to free drinking water and more than a quarter that they could not buy food suitable for their diet or religion, such as vegetarian or halal options.

Staff said that healthier foods, such as fruit, vegetables and low-fat, low-sugar choices, were hard to find at night despite almost a third of staff working shifts.

‘No dedicated area to eat’.

Those who brought food from home to eat at work often found preparation facilities, such as microwaves and kitchens, fell short of expectations. Two in five rated these as “bad” and just over a quarter said they had no dedicated area to eat.

The high cost of nutritious food at work was cited as the biggest barrier to eating healthily.

“Patients who are ill need nutritious and appealing meals to help them recover. Busy staff also need nourishing choices and proper breaks so they can re-charge on hectic shifts.

“The NHS is failing in its responsibility to look after the wellbeing of its employees. Healthy options should be made available 24-hours a day and better food standards enforced.”