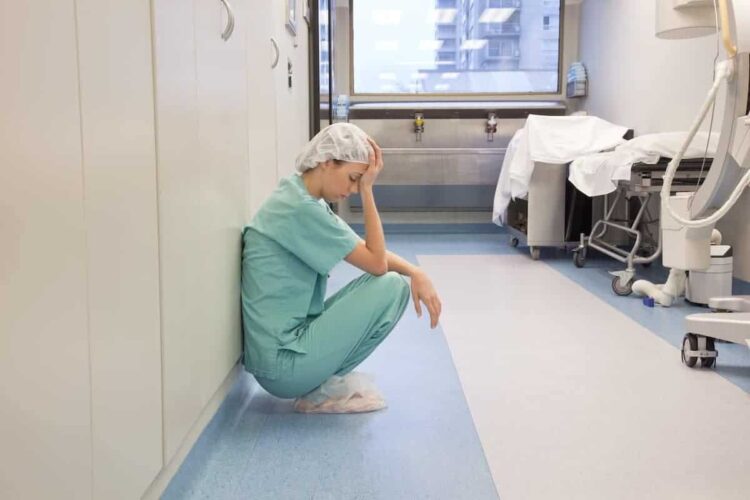 Doctors, dentists and vets are also ‘at an increased risk of suicide’.

Figures, published by the Office for National Statistics, have revealed that over three-hundred nurses died by suicide between 2011 and 2017.

The highest recorded year was 2014, when 54 deaths – more than one per week on average – were recorded.

A recent study also revealed that female nurses are more at risk of dying by suicide than those in other professions. Other healthcare professionals such as; doctors, dentists and vets were also identified as being ‘at an increased risk of suicide’. The study suggests that rates are higher amongst these groups due to having “access to, or knowledge of, a method of suicide”.

The families of those that have died are calling for vital mental health training and support alongside the end to the ‘toxic culture’ in the health service that has left so many feeling alone.

As reported by the Mirror, Jonathan Ashworth, the Shadow Health Secretary, has called for a government inquiry into these figures – calling every life lost a “desperate tragedy”.

‘A decrease in the wellbeing of the nursing profession’.

Dame Donna Kinnair, Chief Executive and General Secretary of the unions, said; “These figures are a cause of great concern to the nursing profession. Every life lost is heart-breaking for their friends, family and colleagues. It is never inevitable and we must all redouble our efforts to support nursing staff.

“The current guidance issued to staff and workplaces goes some way but further work must be undertaken. The Government and all NHS bodies must take a detailed look at why female nurses are much more likely to take their lives than male counterparts, other health professionals or the wider public.

“Nurses have long been considered a key high-risk group for suicide, due to the strain and level of responsibility of their role. But our members repeatedly say that their employers ignore or disregard mental health issues. They feel they ‘should cope’ but our counselling service gives support when nursing staff are unable to, including with suicidal thoughts.

“There has been a decrease in the wellbeing of the nursing profession and workplace. Nursing staff experience high levels of stress, a shortage of colleagues and long working hours. The RCN’s ‘Healthy workplace’ toolkit promotes better environments and self-care within the workforce and it is time for NHS organisations to implement it.”

Help and support is available right now if you need it.