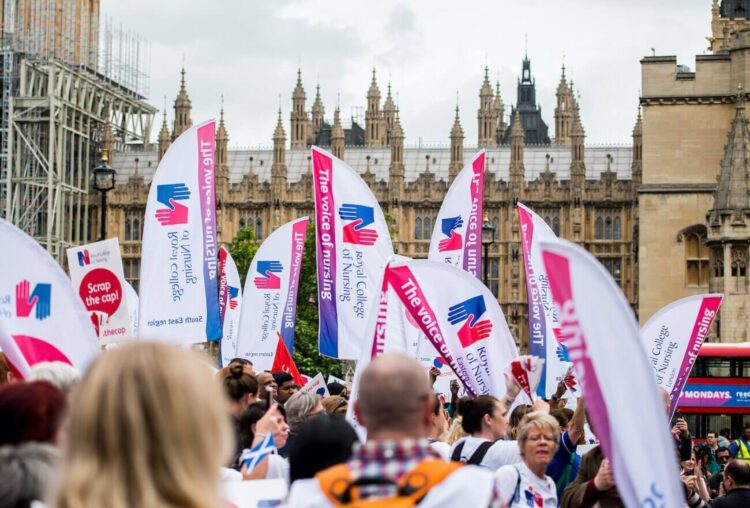 The RCN has told its trade union reps that “industrial action is a last resort”.

A Royal College of Nursing (RCN) document given to trade union (TU) representatives has outlined the long and complex process of taking industrial action.

The document, which seeks to inform and prepare TU reps for the seemingly long and drawn-out process, outlines the numerous stages of the process and potential outcomes.

The union has put together a handbook providing more information to members on potential industrial action.

Outlining the steps the union must take, the document explains; “When the government announces this year’s pay award it will be applied to NHS staff pay. This is NOT an offer and is NOT put to a vote of NHS staff.”

“If you work in the NHS your elected members have committed to asking you whether you think the award is acceptable or not so that they can feed back to the government on your behalf. ”

It also reveals that the membership must vote on and pass three ballots if they are unhappy with the Government’s pay award. This consists of an initial consultative ballot, a second indicative ballot before a final statutory industrial action ballot.

While the two test ballots are not required by law, they provide the RCN with vital information on member’s views. The document explains “There are no statutory rules or legislation governing how the RCN runs consultative or indicative ballots”. However, it explains that “neither of these ballots provide grounds to take industrial action.”

Before proceeding to a third ballot, the RCN will enter into “formal dispute with employers” in an attempt to solve the dispute without further action.

For the final industrial action ballot, under UK legislation 50% of all eligible RCN members in England, Wales and Scotland must turn out to vote, the document clarifies.

Turnout has been historically low for RCN elections and ballots with between 3% and 30% of the eligible membership taking part.