Officials say the initial decision "reflected a stereotype we do not in any way wish to perpetuate." 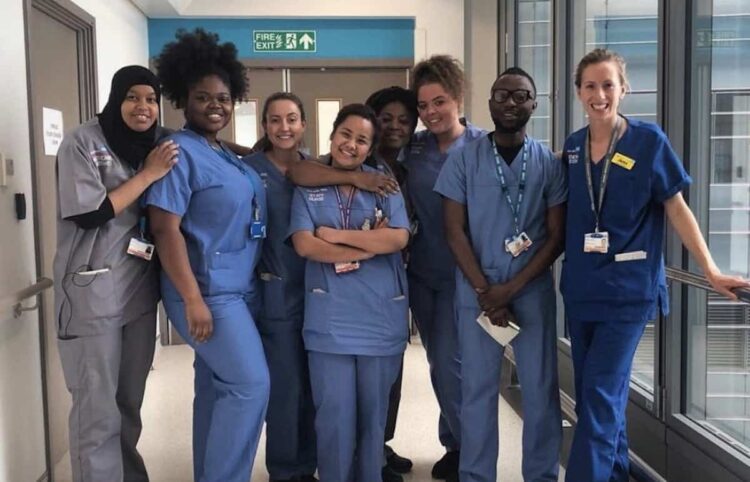 She is now officially the fastest female marathon runner wearing a nurse’s uniform.

Jessica Anderson, a senior sister at the Royal London Hospital, was originally told her attempt to break the record for the fastest marathon wearing a nurse’s uniform would not be considered because she wasn’t wearing a dress.

She highlighted GWRs decision on social media and hundreds of fellow nurses came out in support.

Guinness World Records (GWR) has now overturned that decision and awarded Jessica Anderson the title of fastest female marathon runner wearing a nurse’s uniform after admitting its requirements were “outdated”.

They also added the rules “reflected a stereotype we do not in any way wish to perpetuate.”

What do nurses wear?

The u-turn followed an online campaign which saw hundreds of nurses to tweet selfies of themselves wearing their uniforms and using the hashtag #WhatNursesWear.

Ruth May, England’s Chief Nurse, took to social media to support the campaign.

⁦@GWR⁩ I’m in uniform with 2 #futurenurses we are dressed in uniform a bit like ⁦@Janderzzz⁩ who ran the London marathon… this is what RNs look like.. please reconsider your position pic.twitter.com/jIXVFx0PAA

GWR has since apologised to Jessica.

Samantha Fay, Senior Vice President of Guinness World Records, said; “Over the weekend it has become quite clear to Guinness World Records that our guidelines for the fastest marathon wearing a nurse’s uniform were outdated, incorrect and reflected a stereotype we do not in any way wish to perpetuate.

“Having received the official timings from London Marathon this morning we are pleased to award Jessica with the Guinness World Records title for the fastest marathon wearing a nurse’s uniform for her attempt on Sunday 28 April (3 hours, 8 minutes and 22 seconds), and have notified her as such.

“I want to take this opportunity to reassure everybody concerned that Guinness World Records is absolutely committed to ensuring we uphold the highest standards of equality and inclusiveness. Therefore, we unreservedly apologise and accept full responsibility for the mishandling of Jessica Anderson’s application. ”

You can still support Jessica’s cause by donating to the Barts Charity.