Nurses ‘play cards for a considerable amount of the day’, claims US politician

The Senator's comments have sparked outrage with nurses worldwide. 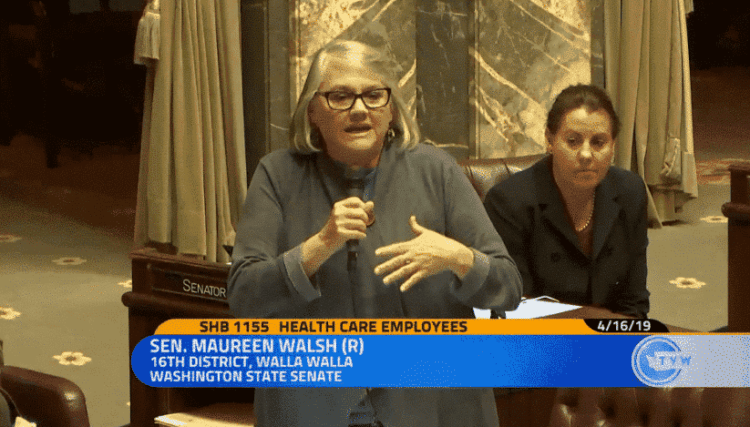 A senior US Politician claims that nurses in small, rural hospitals ‘play cards for a considerable amount of the day’.

State Senator Maureen Walsh proclaimed on the Senate floor that nurses working in smaller, rural hospitals should be exempt from certain legal protections because they ‘play cards for a considerable amount of the day’.

Her comments came during a debate on SHB 1155, a piece of legislation that would ensure nurses get uninterrupted breaks alongside mandatory overtime protection no matter the size of the hospital.

“I understand helping with employees and making sure that we have rest breaks and things like that, but I also understand that we need to care for patients, first and foremost.”

Adding; “putting these types of mandates on a critical access hospital that literally serves a handful of individuals — I would submit to you that those nurses probably do get breaks. They probably play cards for a considerable amount of the day,”

The Senator’s comments have sparked outrage with nurses worldwide.

In response to the comments, the Washington State Nurses Association said “Ignoring for a moment the incredibly disrespectful and patronizing nature of Sen. Walsh’s remarks, it’s evident that she misunderstands the purpose and function of the bill. Mandatory overtime isn’t just an abhorrent employer practice: it’s also a terrible patient care practice.

“Study after study show that unplanned overtime assignments have a high potential to be unsafe. Working more than 10 hours in a given day, when unplanned, results in lower quality of care, higher RN burnout, decreased patient satisfaction, and increased errors.

“That’s why, ultimately, there is zero logic behind an amendment to the rest breaks bill that would cover nurses and patients in some hospitals, while leaving others without any protections. There’s a reason it’s so hard to recruit nurses to rural facilities – exempting them from laws requiring uninterrupted breaks and subjecting them to mandatory overtime would just make it worse.

“No, Senator, nurses are not sitting around playing cards. They are taking care of your neighbors, your family, your community.”