The open letter signed by hundreds of nursing staff at the Royal College of Nursing's (RCN) annual Congress. 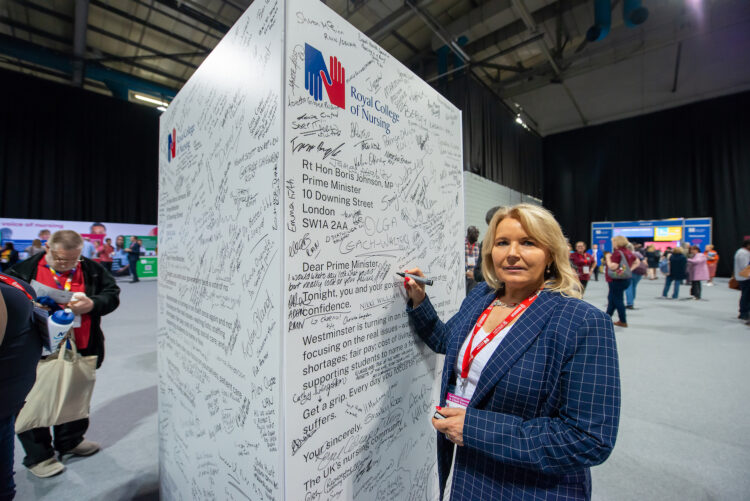 The letter warns that once again “Westminster is turning on itself”.

Nursing staff have told Prime Minister Boris Johnson to “get a grip” and focus on the “real issues” rather than himself.

An open letter signed by hundreds of nursing staff at the Royal College of Nursing‘s (RCN) annual Congress in Glasgow yesterday was sent to Downing Street last night.

The letter reads, “Dear Prime Minister. Tonight, you face a vote of no confidence.

“Westminster is turning on itself once again and is not focusing on the real issues – waiting lists; staffing shortages; fair pay; cost of living; social care and supporting students to name a few. Get a grip. Every day you focus on yourselves, patient care suffers.”

The RCN has warned that the majority of nurses feel tired, fed up and demoralised.

We have had enough.

In her Keynote speech yesterday, Chief Executive and General Secretary Pat Cullen added, “Nursing staff are being driven out by the current way of working – the shortage of staff and too often the poor culture.

“We are tired, fed up, demoralised, and some of us are leaving the profession because we have lost hope. Do something about it – we are not going away.”

Before concluding, “I have told political leaders that our members are their employees and they expect better.”