Figures suggest that the most experienced staff nurses have seen a real-terms pay cut of around £5000 over the past decade. 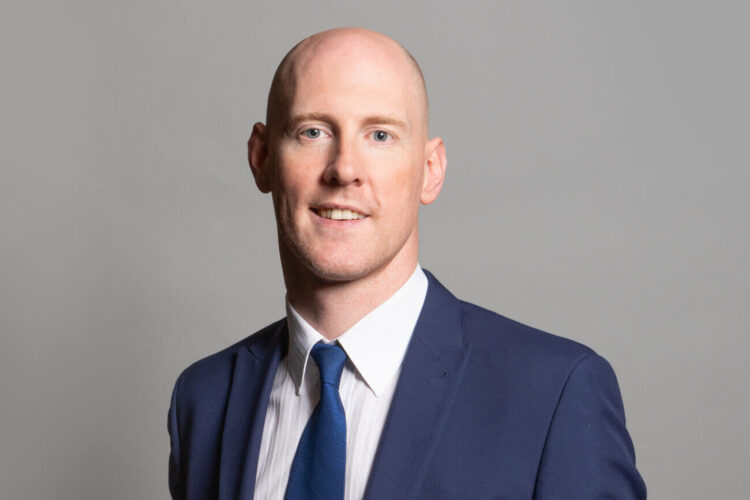 The Government has said that a 1% pay rise is all it can afford.

A medical doctor turned Conservative MP has claimed that “many nurses and healthcare assistants” have enjoyed “pay increases of at least 25 per cent”.

Dr. Kieran Mullan, the Conservative MP for Crewe and Nantwich and former A&E junior doctor, made the claim after a constituent and intensive care nurse urged him to attend an Every Doctor and Nurses United briefing for MPs on NHS Pay.

The news comes only days after the Government told the NHS Pay Review Body (NHSPRB) that a 1% pay rise for NHS workers was all it could afford.

Figures in fact suggest that the most experienced staff nurses have seen a real-terms pay cut of around £5000 over the past decade due to wages failing to keep up with inflation (RPI).

In an email seen by NursingNotes, Dr. Mullan praises the work of NHS workers but tells the frontline nurse that “many people in the private sector have lost their jobs or had a reduced income” before calling the RCN’s call for a restorative 12.5% rise unreasonable.

He adds; “we have to always keep in mind it is taxpayers in the private economy that shoulder a lot of the cost of public sector pay.”

“In my experience talking to staff, the bigger issue is vacancies and quality of life rather than pay,” Dr. Mullan claims.

Dr. Mullan continues his email by accurately explaining the 2018 pay deal, which saw the majority of NHS workers receive a 6.5% raise over three years, however, then bizarrely claims that “many nurses and healthcare assistants will enjoy pay increases of at least 25 per cent”.

Dr. Mullan commits to reviewing the recommendations of the NHSPRB.

In a subsequent email, Dr. Mullan adds that he would love to pay “a million pound salary to every nurse and every doctor” but suggests the “realities are more challenging”.

A copy of the full letter from Dr. Mullan can be found here.

“What is it with Conservative MPs at the moment who keep touting nonsense? Nurses have lost a fifth of their pay in real terms since 2010.

“The only people who have benefitted from this Government’s handling of our NHS or the pandemic are their donors looking for a PPE contract.

“The safest thing any MP can do is invest in a restorative 15% pay rise to bring our NHS back to safety. It’s right for nurses, our patients, and an MP’s electoral chances.

Dr Mullan’s team reached out to NursingNotes post-publication to include the following statement from the MP. He said; “I want to apologise for an honest mistake. The correct figure is 2.5%.

“As an MP I often have to share figures and statistics about lots of different things. Whilst familiar with the correct figure, there was a mistake of a missing full stop when this figure was written in emails and I used that incorrect figure without noticing. I take full responsibility for this and want to apologise again.

“As I said in my email, I am listening closely to the views of staff on the important issue of pay and no final decision has been made by the government. I know from first-hand experience volunteering alongside NHS staff during the pandemic how hard they have worked which is why I am particularly upset I have made a mistake on such an important issue.”