Many nursing staff also reported poor access to hand care products, such as moisturisers, while at work. 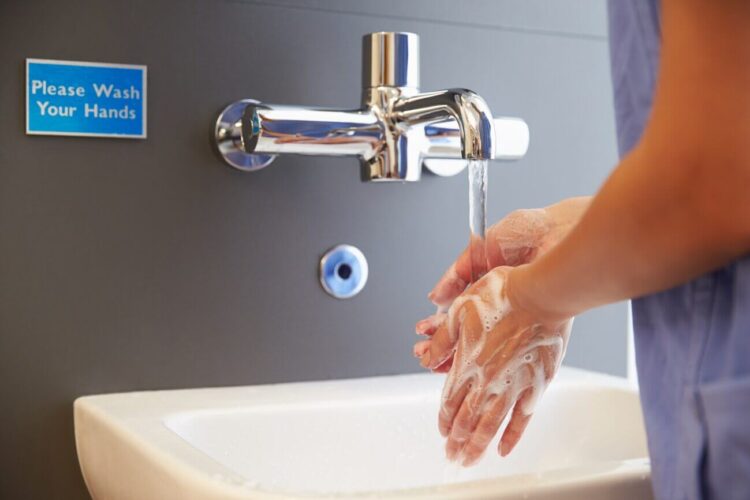 Nursing staff are washing their hands around 81 times a day.

The majority of nursing staff are washing their hands twice as much as before the pandemic but hand care provision is still lacking, according to a new survey.

A joint survey of 772 healthcare workers between NursingNotes and Nursem revealed that things have worsened significantly for nursing workers since the start of the pandemic.

On average nursing staff are washing their hands around 81 times a day, compared to 38 times a day before the pandemic.

A massive 90% of respondents also said they had seen a worsening in the condition of their hands since the start of the pandemic with dry cracked hands and occupational dermatitis being two of the main complaints.

One nurse even told us that they had been forced to remove their wedding band as their hands were far too sore to wear it.

Staff working outside of hospitals told us that an over-reliance on alcohol gels was one of the main contributors to their issues.

Many nursing staff also reported poor access to hand care products, such as moisturisers, while at work.

Lacking hand care provision comes as a large cost to the NHS, with 5% of nursing staff telling us they have taken an average of 1.5 days away from work in the past year due to the issue, it has the potential to cost the NHS around £1.3 million per year in sick pay alone.

Antonia Philp, a paediatric nurse and co-founder of the Nursem skincare brand who give back free hand cream to healthcare workers for every item purchased, responded to the results; “It’s vitally important to look after your hands because otherwise, they may become dry, damaged, and sometimes painful.

“There is also clear evidence that as your skin becomes drier and breaks down – this increases the potential for harbouring bacteria, which can compromise infection control measures”

Nursem is currently 25% off the products on its website with discount code the NURSINGNOTES25 at the checkout on Nursem.co.uk.