Last year, nearly 11% of mothers-to-be continued to smoke up until the point they gave birth. 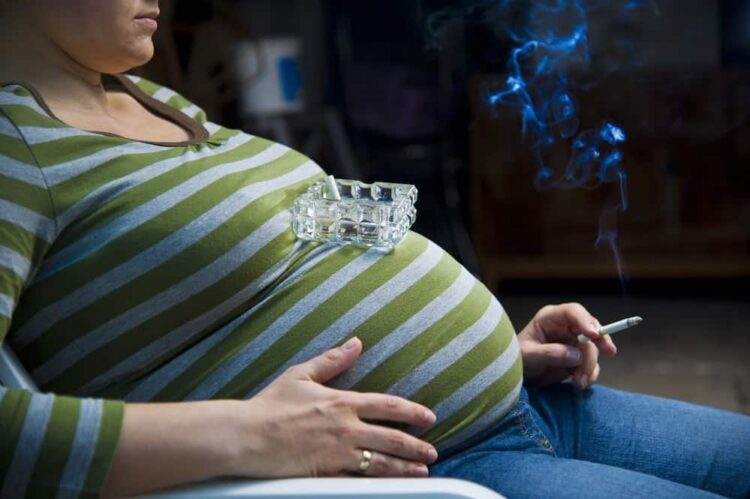 Lighting up during pregnancy causes health problems for women and their babies.

Women who smoke during pregnancy are putting themselves and their baby at risk of serious harm unless they kick the habit, the NHS has warned.

Some areas, such as Blackpool, Corby, Durham and Mansfield, have a higher prevalence with more than one in five mums-to-be continuing to smoke.

Those in the London region are least likely to be smokers, with fewer than one in 20.

As well as being a leading cause of cancer, lighting up during pregnancy causes particular health problems for women and even death for their babies, as well as leading to complications in adulthood as a result of carbon monoxide poisoning.

Putting parent and baby at risk.

Although the number of women smoking while pregnant has fallen by nearly a third in the past decade – the NHS says more need to be done.

Professor Jacqueline Dunkley-Bent, chief midwifery officer for England, said: “Having a baby in this country is now safer than ever but smoking while carrying a baby puts both parent and child at avoidable and potentially deadly risk.

“No woman should have to experience the heartbreak of stillbirth, and quitting smoking is absolutely vital for a healthy mum and a healthy baby.

“The NHS Long Term Plan sets out a programme of measures including stop smoking classes for all pregnant women, which will make giving birth even safer, and build on progress in NHS care which has helped reduce stillbirths by 20%.”