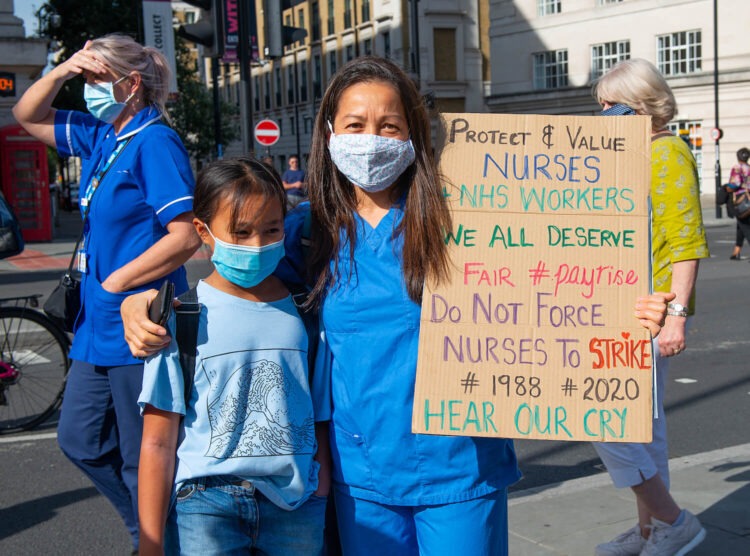 It is down to the Government to decide when to publish much-anticipated recommendations from the NHS Pay Review Body (NHSPRB), the Office of Manpower Ergonomics (OME) has confirmed.

NHS workers are becoming increasingly frustrated after a promised pay announcement has been delayed well past its original expected date of “early May”.

A spokesperson for the OME clarified to NursingNotes that while “the NHSPRB report was submitted in June. It is for government to decide when to announce their response to the review body’s recommendations and publish the report.

The supposed independent pay review body takes into account and reviews evidence from the Government, healthcare unions and NHS employers before publishing its recommendations.

Senior union insiders told NursingNotes that they have still not seen the report that is now sat on the Health Secretary’s desk.

Earlier this year the Government said a 1% rise was all it could afford due to the economic pressures of the pandemic. In stark contrast, Scotland announced a pay rise of “at least” 4% for all its NHS workers earlier this year – an offer the Royal College of Nursing (RCN) rejected.

According to NHS Providers, the organisation which represents NHS Trusts in England, a 2.1% pay rise for NHS workers was agreed upon, funded, and then “enshrined in a formal act of parliament”.

Nicola Lee, RCN National Officer, responded to the news; “Our members have made their case to the Pay Review Body. The Government must stop dragging its heels and give nursing staff the significant pay rise they so clearly deserve.

“The NHS desperately needs to retain its skilled nursing workforce and a fair pay deal would go a long way to preventing that exodus. Nursing deserves a 12.5% increase and this can’t be delayed any further.”