Over a million dedicated healthcare workers would see an average rise of £1854 per year. 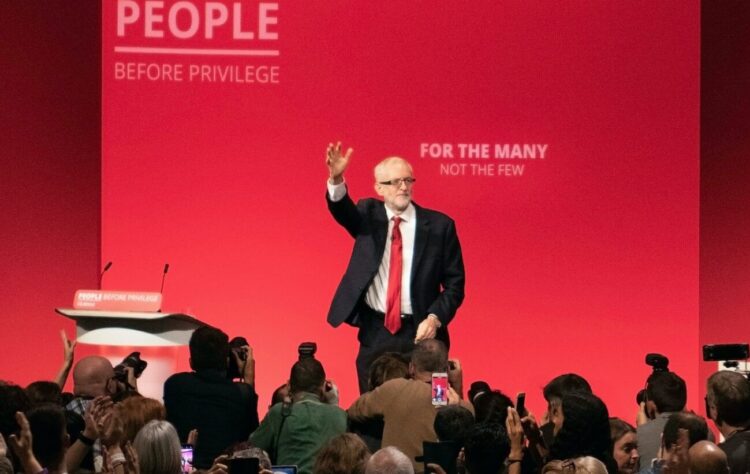 Over a million NHS workers take-home pay would rise to pre-financial crisis levels.

Labour will increase the wages of over a million NHS workers to “pre-financial crisis levels”, according to the ‘NHS resue plan’ set out in their recently published general election manifesto.

In real terms, the proposed 5% rise means over a million NHS workers take-home pay would increase by an average of £1854 per year.

The pledge reads; “Labour will restore public sector pay to at least pre-financial crisis levels (in real terms), by delivering year-on-year above-inflation pay rises, starting with a 5% increase, to reward and retain the people who do so much for us all.”

Labour states staff would receive the rise in Apil 2020.

Labour has also reiterated promises to invest £1 billion a year in nursing education and reinstate the NHS bursary after it was axed by the Conservative Party in 2015.

Other manifesto promises include enshrining minimum safe nurse staffing levels in law, providing free personal care to the over 65s and recruiting an additional 4,500 health visitors and school nurses.

The total spend on the parties ‘NHS rescue plan’ is £26 billion which the party states is fully-costed.

Labour Leader Jeremy Corbyn said: “Our most valuable assets are the dedicated people who work in our public services, but they have been treated appallingly over the last decade of cuts and neglect under the Conservatives.

“Labour will give our nurses, teachers, doctors, firefighters, police and others a pay rise to begin to undo the damage caused by the Tories and Lib Dems and reward the people who do so much for us all.

Staff should be fairly rewarded.

Responding to Labour’s general election manifesto, launched today, Dame Donna Kinnair, RCN Chief Executive and General Secretary, said:  “The response to the 43,000 nursing vacancies in England must be bold and ambitious and we are pleased to see the Labour Party make a clear commitment to put safe staffing into law.”

“Labour have met our election ask for all parties to put £1bn into nursing higher education in England and this must be forthcoming every year. This will help educate tens of thousands more nurses and ensure those who want to join the profession are no longer deterred by financial hurdles.

“Nursing staff will welcome the pledge to increase pay. NHS staff should be fairly rewarded for their commitment and professionalism.

Increased pay would also help health and care services to recruit and retain the professionals they desperately need.