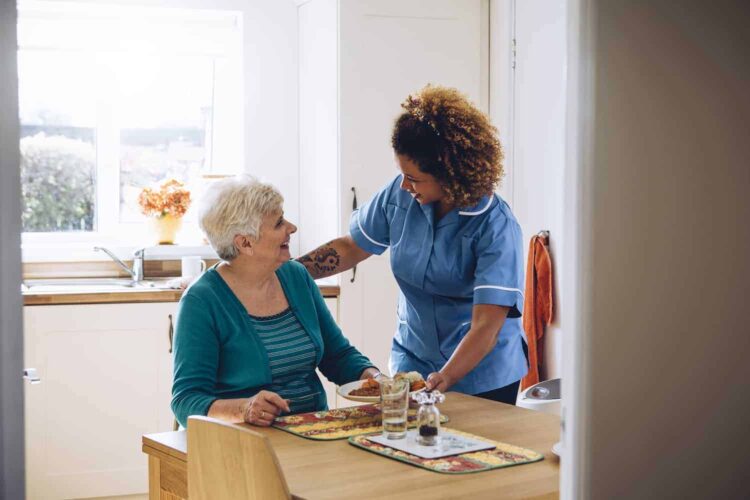 The over-65s will not have to pay for help with dressing, washing and meals.

The Labour Party is promising free personal care in England for those over-65s who are most in need of it, so they will not have to pay for help with dressing, washing and meals.

Currently, only people with low levels of savings receive publicly-funded personal care and there is state help with home costs and residential assistance for those with assets below £23,250. However, people living with dementia face the highest costs for care.

They promise to introduce free personal care for all older people, providing help with daily tasks in their own homes and residential care; Free personal care will ensure people with dementia receive the same care as those with other conditions.

Labour claims the move will reduce the burden on unpaid carers and benefit the NHS by reducing delayed transfers of care from hospital and admissions to care homes and hospitals.

A million people are not getting the care they need.

At the Labour conference, shadow chancellor John McDonnell said the move would be funded out of general taxation. Also, that cuts to care funding since 2010 had left a million people not getting the care they need and “87 people dying a day waiting for care”.

Subsidising the cost of basic tasks such as getting in and out of bed and going to the toilet will enable more people to continue to live independently in their homes, he said. ” I believe the right to dignity in retirement is a part of that right to health at any stage of life.”

Free personal care is something campaigners have long been calling for in England as Scotland has already introduced it and Wales and Northern Ireland each provide some level of universal entitlement.

In Wales the cost of home care is capped, while in Northern Ireland the over-75s get it for free; Based on Scottish figures, Labour said the move could save those currently self-funding their care almost £10,000 a year while 70,000 fewer families would be liable for “catastrophic” lifetime care costs in excess of £100,000.

Mr McDonnell also pledged to close the gap in social care funding and give local authorities extra support to provide care so services are not outsourced to private firms; The King’s Fund think tank has estimated that free personal care could cost £6bn a year in 2020-21, rising to £8bn by 2030.

The organisation said Labour’s announcement was a welcome step but “it is not the same thing as free social care, and some people would still be left facing catastrophic costs.”

Care services have been pushed to the brink.

Further support to the care workforce has been pledged to ensure that older people receive support from trained staff who have the time and skills needed to provide care; As part of the National Care Service, Labour has pledged to raise standards of care by ending the use of zero-hour contracts and ensuring that carers are paid a real living wage, including for travel time. Also, to end 15-minute care visits and improve access to training and development for care staff.

Barbara Keeley MP, Labour’s Shadow Social Care and Mental Health Minister, said: “Nine years of cuts to local council budgets have pushed care services to the brink. For years, the Tories have failed to bring in much-needed reform, leaving too many people and their families struggling to afford the care they need.

“Tackling the crisis in social care is a priority for Labour. Our plans for social care will address the immediate crisis in care, double the number of people receiving publicly-funded care, and stop people with dementia being treated unfairly by the care system.

“It is vital that social care is a universally-available public service which provides dignity, security and compassionate care. Our National Care Service will have these principles at its core.”