Often described as the backbone of the health service they are paid just £9.51 per hour. 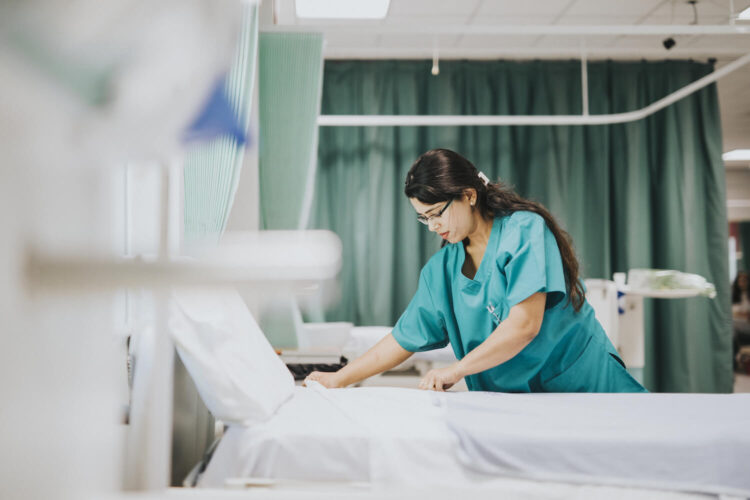 Health unions have been calling for a restorative 12.5% pay rise since June 2020.

Under new plans, tens of thousands of NHS workers will be paid just 1p more than minimum wage.

It comes as the National Living Wage is set to rise from £8.91 per hour to £9.50 in the Budget on Wednesday and will take effect from April next year.

Often described as the backbone of the health service, healthcare assistants, therapy assistants, housekeeping staff, and other band 2 workers are paid £9.51 per hour for the first two years of their employment.

The is a 6.6% increase in the minimum wage for everyone aged 23 and over is more than twice the rise NHS workers in England saw this year.

Health unions have been calling for a restorative 12.5% pay rise since June 2020 and are now in dispute with the Government over pay and working conditions. It is believed that the current public sector pay freeze could be applied to NHS workers from April 2022.

In a statement, Nurses United UK said that healthcare workers’ pay should be adjusted accordingly.

Anthony Johnson, lead organiser for the grassroots group said; “When will this Government value carers for once?

“When we had a shortage in truck drivers there was uproar. We had daily headlines and truck drivers achieving pay rises of over 40%!

“When it comes to members of the nursing field we are constantly ignored, despite us all seeing the effects that poor pay has had on staffing, including how we are able to respond to the pandemic.

“Winter is coming and we are unprepared. This Government has to give all NHS workers a restorative pay rise, to bring our NHS back to safety, otherwise, we are going to continue to see the burnout, pain, and deaths that have become far too commonplace within our health service.

Mr. Johnson concluded; “1p above the minimum wage, when you have thousands of vacancies, is a joke.