A total of 1,500 nurses across 44 countries are believed to have lost their lives to Coronavirus. 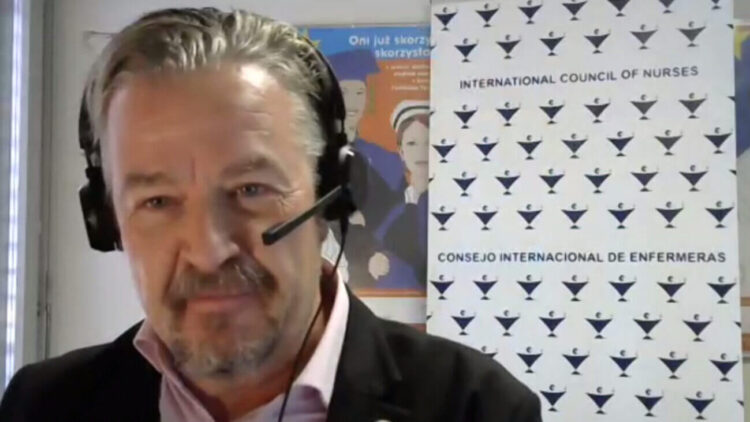 Estimates put the number of healthcare workers deaths in excess of 20,000 globally.

The International Council of Nurses (ICN) has revealed that a total of 1,500 nurses across 44 countries are believed to have lost their lives to Coronavirus.

“That is the same number of nurses who died in the First World War,” Howard Catton, the organisation’s Chief Executive, told delegates to the Nightingale 2020 Conference earlier this week.

The figure, which includes nurses from only 44 of the world’s 195 countries, is known to be an underestimate of the true numbers of deaths.

The ICN’s own analysis suggests that about 10% of cases globally are among healthcare workers.

As of this week there are more than 43 million cases worldwide with approximately 2.6% of those, 1.1 million, resulting in deaths.

Based upon this information, the ICN has estimated that the true number of healthcare workers deaths could be in excess of 20,000 globally.

Mr Catton also said there was a “scandalous” lack of global reporting on the issue.

He told contued to delegates; “Since May 2020 we have been calling for the standardised and systematic collection of data on healthcare worker infections and deaths, and the fact that is still not happening is a scandal.”

“Florence demonstrated during the Crimean War how the collection and analysis of data can improve our understanding of risks to health, improve clinical practices and save lives, and that includes nurses and healthcare workers.

“If she were alive today, world leaders would have her voice ringing in their ears saying they must protect our nurses. There is a chasm between the warm words and accolades, and the action that needs to be taken.”

Speaking after the event Mr Catton spoke of the importance of nurses in the pandemic response. He added; “Nurses will have a major role to play in what comes after COVID.

“Our experience and the data we have means we have a very powerful and legitimate voice that we must use to influence health systems of the future.”