Nurses call for Hancock to be fired over alleged pandemic mishandling 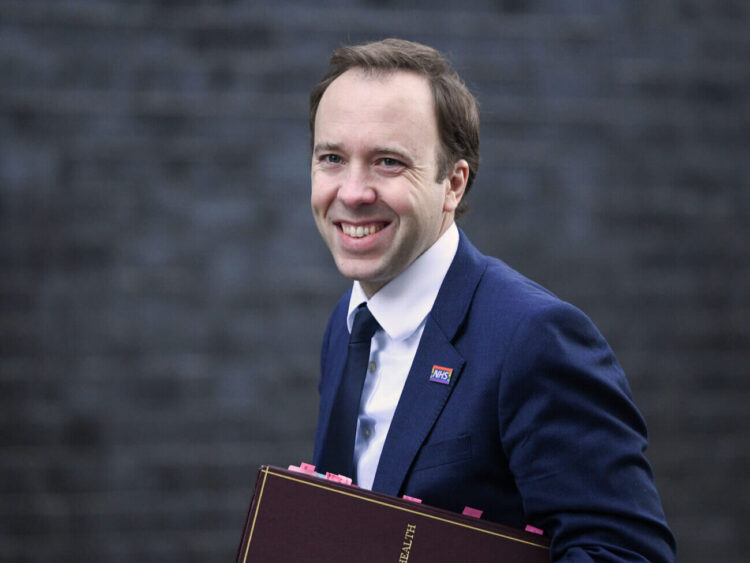 It comes following a dramatic testimony by a former Government advisor.

Nurses are today calling on the Prime Minister to fire Matt Hancock as Health Secretary over alleged mishandlings during the pandemic.

Mr. Hancock was singled out during the testimony with Mr. Cummings claiming he should have been fired for “at least 15 to 20 things – including lying to everybody on multiple occasions”.

He was accused of “criminal” behavior and misleading MPs and the public over the safeguards and testing in place for care homes, the ordering and availability of personal protective equipment (PPE), and setting up the NHS test and trace system.

Notably, throughout the pandemic, Mr. Hancock was consistently adamant that staff had the protection they needed despite consistent that healthcare workers had inadequate or inappropriate PPE and even been provided with repurposed bin bags as aprons. Fourteen months later the Royal College of Nursing (RCN) is still calling for improved PPE.

Over 1,000 health and social care workers have died of COVID-19 since March 2020, with many of these deaths being attributed to occupational exposure to the virus.

Only weeks ago Mr. Hancock joined the Prime Minister and nursing leaders to Westminster Abbey to commemorate those who died during the pandemic.

Mr. Cummings also admitted he warned the Prime Minister that if Hancock was not fired “we are going to kill people and it’s going to be a catastrophe”.

Following the revelations, nursing staff have taken to social media backing calls for the Health Secretary to be fired by the Prime Minister.

One nurse even suggested that Mr. Hancock should be held to the same level of accountability as nurses.

RCN Chair of Council, Dave Dawes, responded to today’s meeting; “Failures in planning, decision-making and accountability left nursing staff dangerously short of the protection they needed from the very beginning of the pandemic. But even today, we are continuing our demands for increased protection for health care workers as new variants emerge.

“Hearing today’s proceedings will have been difficult for anyone who has lost a colleague, family member or friend to Covid-19. We believe the formal public inquiry should be expedited as a matter of urgency.”

Anthony Johnson, Lead Organiser for the grassroots political campaigning group Nurses United UK, added; “I think it’s pretty obvious to all of us that Matt Hancock should resign?

“If nurses ignored clinical guidance we’d be sent to our regulator and be at risk of legal action against ourselves.

“The UK government has still not given us the correct PPE that the World Health Organisation recommends and the UK is one of the world leader’s in deaths of health and social care professionals.

“Matt Hancock has already been found guilty of acting unlawfully during this pandemic. Why would we want someone like that in government?”