One of two nurses personally thanked by PM for saving his life has announced she will be leaving the UK.

Nursing staff are leaving the UK in an attempt to find a “better quality of life”, warns a grassroots campaigning group.

The warning comes following the announcement that Jenny McGee, one of two nurses personally thanked by Prime Minister Boris Johnson for saving his life, revealed she would be leaving the profession over ‘lack of respect’  and ‘insulting’ 1% pay rise.

It comes following a decade of real-terms pay cuts for NHS workers and the Government’s insistence that a 1% pay rise is all it can afford given the current economic pressures.

Speaking to Nick Ferrari on LBC Radio this morning, Nurses United Lead Organiser and nurse Anthony Johnson explained that with 8 million nursing vacancies globally it was clear those in the profession are looking elsewhere.

Mr. Johnson said; “We’ve got 8 million [nursing] vacancies globally, we’ve got 40,000 vacancies in nursing in the UK. People are able to move – that’s what we know is going to happen when you are able to have a much better quality of life in places like New Zealand or Australia.”

The Nurses United organiser went on to explain that Ms. McGee was right to announce her departure so that others could be aware of “how horrendously nurses have been treated throughout the pandemic”.

“[The Government] changed the guidance on us around the right equipment and protection. We’ve had a significant pay cut over the past ten years and its affected staffing – making things unsafe within the NHS.”

Mr. Johnson went on to question why nurses would be prepared to stay in a “physically demanding job” where people’s lives were put at risk during the pandemic.

He went on to call upon nurses to speak out about the challenges they have faced rather than being “silenced”.

Grateful for the care NHS staff have provided.

In response to yesterday’s announcement, a Number 10 spokesperson said health service staff had “gone above and beyond” during the pandemic and “this government will do everything in our power to support them”.

“We are extremely grateful for the care NHS staff have provided throughout the pandemic in particular,” they said.

“That is why they have been exempted from the public sector wide pay freeze implemented as a result of the difficult economic situation created by the pandemic.

“At the same time we have invested £30m to support staff mental health and are expanding the number of places available for domestic students at medical schools in England to continue expanding our workforce.” 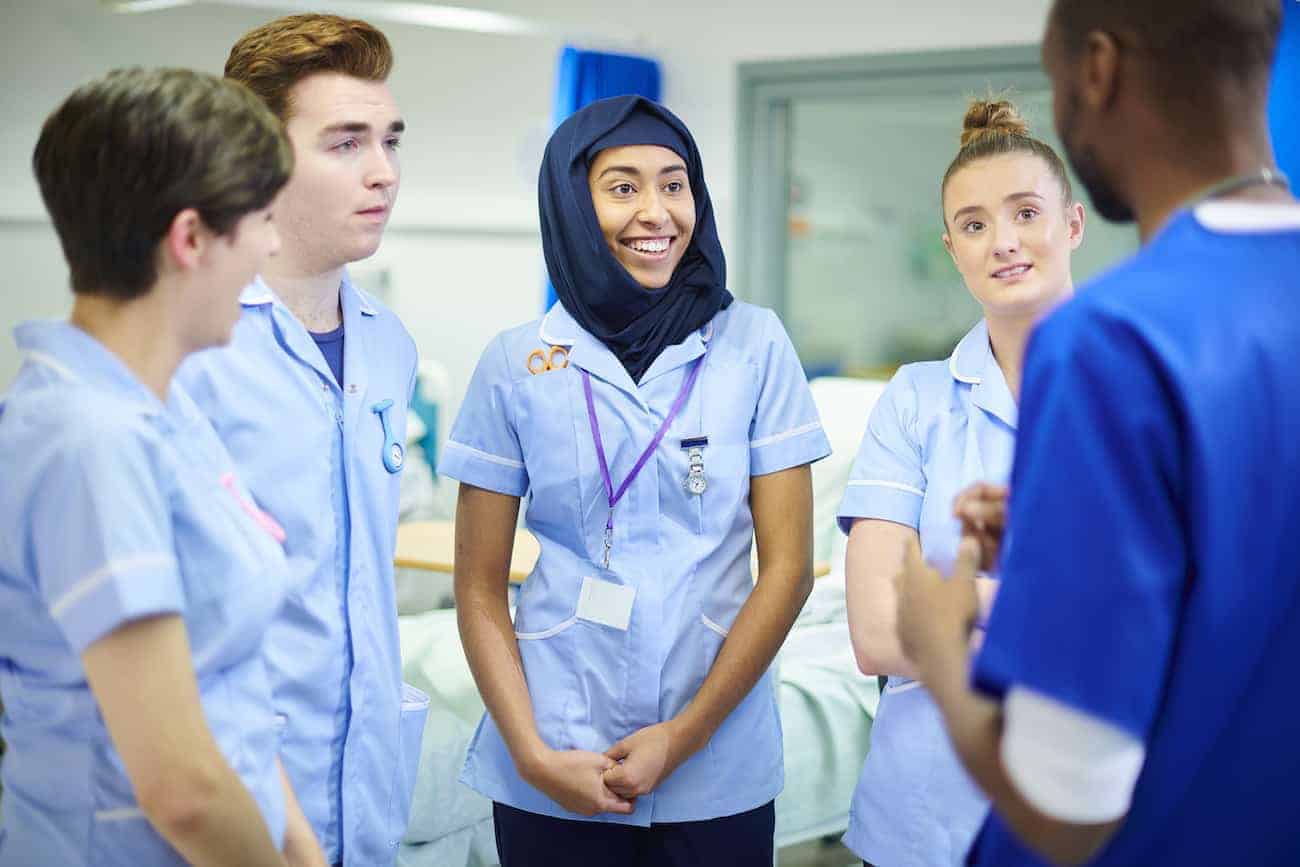