The Treasury has announced that nearly 900,000 other public sector workers are to get an inflation-busting pay rise. 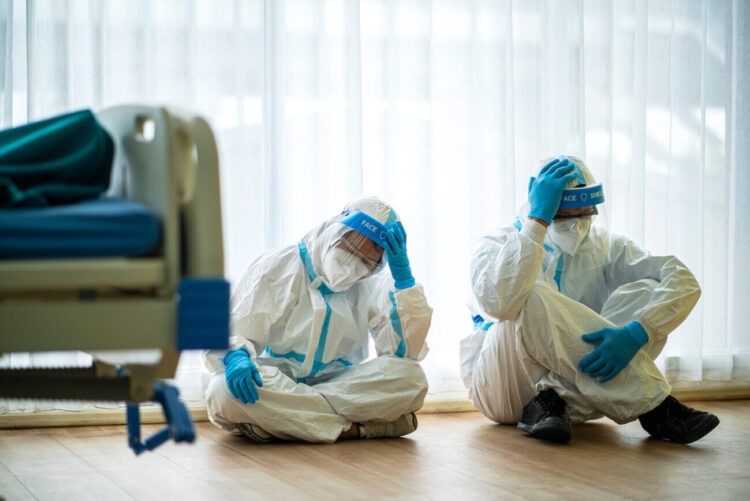 Nurses and other frontline NHS staff are missing from an inflation-busting pay rise for public sector workers.

The Treasury has revealed that nearly 900,000 public sector workers are to get a pay rise, with teachers and doctors seeing the largest rise at 3.1% and 2.8% respectively “recognising their efforts on the frontline during the battle against COVID-19”.

NHS staff working on the frontlines to battle COVID-19 and paid under the Agenda for Change terms and conditions are surprisingly missing from the new pay arrangements.

In an announcement made today, the Treasury claims this is because there is already a settlement in place for “for more than one million NHS workers who continue to benefit from the three-year Agenda for Change pay deal, under which the starting pay for a newly qualified nurse has increased by over 12% since 2017/18.”

It goes on to proclaim that the average nurse will “receive an average 4.4% rise this year”.

In stark contrast to the claim, the vast majority of frontline nurses received just 1.65% in April this year – the last rise of a multi-year pay deal which saw the average take-home salary of a Band 5 nurse rise by just 7%.

The Government has been accused of blurring the line between professional progression and a pay rise.

Over the past decade, the situation is worse with the average Band 5 NHS nurse being £6144 per year worse off due to wages failing to keep up with the rate of inflation (RPI) – a real-terms pay cut of around 20%.

Anthony Johnson, Lead Coordinator for Nurses United UK who are lobbying for a 10% raise for all healthcare staff, said; “Everyone knows that this Government is playing with statistics.

“The majority of Nurses are top Band 5 and they’ve lost 6 grand or 20% of their pay since 2010. Nurses need to get organised and push party leaders and their unions to back a 10% pay deal.”

Earlier this month healthcare unions called for “immediate NHS pay discussions” calling for the “applause and kind words” to be turned into something more substantial.

Dame Donna Kinnair, Chief Executive and General Secretary of the Royal College of Nursing said: “Nursing staff have witnessed great public support and now need to feel the same from government. Telling them to wait until next year is not acceptable – nursing staff deserve a fair pay rise now.

“The RCN, along with 13 other health unions, wrote to ministers several weeks ago asking for discussions on a fully-funded pay rise for NHS staff. The government needs to initiate that conversation without delay and conduct it on the basis of facts.

“In this year, of all years, it is time to value these professionals and begin to fill the tens of thousands of vacant posts.”