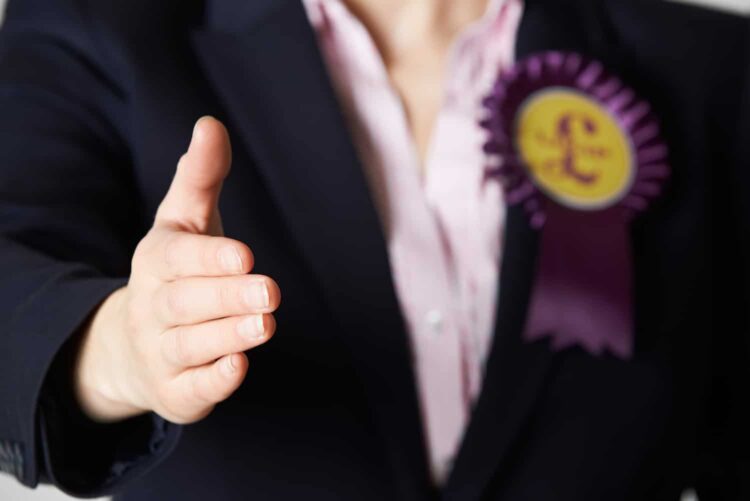 The potential new RCN leader has extremely close ties to UKIP – including a failed leadership bid.

The college has historically had no political affiliation – working with all parties to ensure the best interests of the health service and nursing profession.

Voting for RCN President and Deputy President candidates closes on the 14th of November 2018.

In a previous UKIP leadership statement, Ms. Mason said; “I have been a member of UKIP for 10 years and an active grassroots member.”

“The challenge of Brexit still exists despite the referendum result and we must continue to ensure this government follows through with a good Brexit that is best for the British people. We have to be watching closely to ensure there are no relapses.”

In August, both the Royal College of Nursing and British Medical Association warned that a bad Brexit posed an immediate risk to the provision of safe and effective care – warning it could exacerbate existing long-standing issues such as workforce sustainability.

Mason has also written a 32-page booklet on ‘saving the NHS’ which heavily supports the reintroduction of a two-tier nursing education system, criticises the health services reliance on “importing nurses from other countries” and suggests instead creating a “strong home grown nursing force”.

Statistics show that following the vote to leave the EU, applications to join the Nursing and Midwifery Council register dropped by a massive 95%  – despite 40,000 unfilled nursing vacancies.

Official figures taken from the Health Service’s Electronic Staff Record suggest that around 144,000 NHS staff are of a ‘non-British nationality’.

Ms. Mason does not mention her political affiliation within her candidate profile and did not respond to a request for comment on her ties to the party.