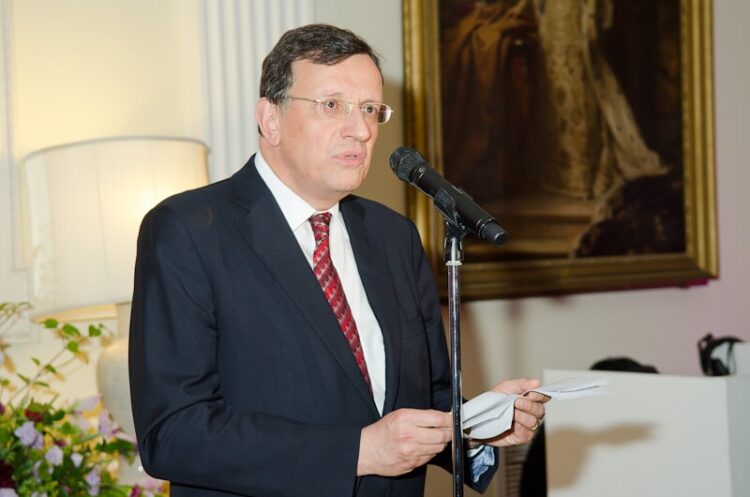 The regulator’s Council is made up of six lay members and six registrant members.

The Nursing and Midwifery Council (NMC) has appointed Sir David Warren as its new Council Chair.

Sir David was previously British Ambassador to Japan from 2008 to 2012, after a career in the British Diplomatic Service focused on East Asian affairs, and a period on the Foreign and Commonwealth Office’s Board of Management (2004 to 2007). He was also previously Chair of the Council at the University of Kent from 2014 to 2020, and is a non-executive Director of Aberdeen Japan Investment Trust.

In 2012, Sir David was made Knight Commander of the Order of St Michael and St George.

It follows the departure of Philip Graf who stepped down in December following a serious stroke and Acting Chair Karen Cox who has stepped in until a new chair could be appointed.

The NMC’s Chair works alongside five other lay members and six registrant members to ensure the regulator adequately protects the public.

Commenting on his appointment, Sir David Warren, Chair of the NMC’s Council, said: “I’m delighted to have been appointed Chair of the Nursing and Midwifery Council.

“In recent times, nursing and midwifery professionals have inspired people across the UK with their hard work and determination. I’m looking forward to being part of the NMC’s journey, transforming what we do, how we do it and supporting professionals to deliver high quality care for those who need it.

“I’m particularly excited about working with our partners in England, Scotland, Wales and Northern Ireland. Together we can better understand how we can continue to improve the way we regulate and protect the public.”

Andrea Sutcliffe CBE, Chief Executive and Registrar of the regulator, added; “I’d like to extend a warm welcome to Sir David as our new Chair. His considerable experience and expertise will help the NMC go from strength to strength in embedding our values and achieving our ambitions of becoming a better, fairer regulator.

“I’m looking forward to us working together and I know I will benefit from his wise counsel and advice.

“On behalf of everyone, I’d like to say a huge thank you to Karen. She has been fantastic leading, supporting and challenging us over the past nine months in her role as Acting Chair. And I pay tribute to Philip’s previous excellent leadership and the legacy he left which Sir David will undoubtedly build on.”