Retirement is the primary reason for leaving the profession. 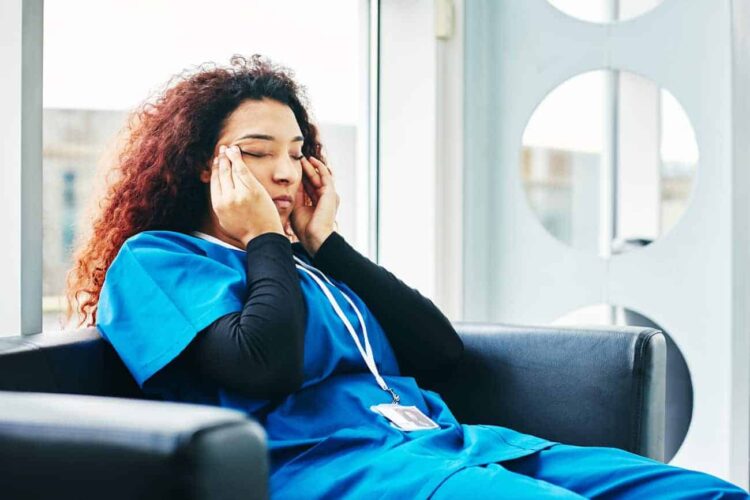 Nurses admitted becoming disillusioned due to being overworked and lack of support.

Just over one in four nurses leave the profession due to the high levels of stress and poor mental health, according to a survey.

Data from the Nursing and Midwifery Council’s (NMC) annual report on registrants reveals that 21,306 nurses, midwives, and nursing associates left the register in 2019-20.

It also showed that while retirement was the primary reason for leaving the profession, around 26% leave due to high-stress and poor mental health.

Respondents to the survey noted that highly demanding work environments arising from a combination of high expectations, pressure of responsibility and volume of work, contributed to high stress levels.

One former nurse said; “Never enough staff and over-worked and over-stressed is the main reason I became totally burned out. I love my job, but I must admit I would never allow anyone I care for to go into being worked to the bone like that.

A number of respondents also made comments about feeling under-supported, particularly around their concerns not being addressed by management, for example around bullying.

Others said they had become disillusioned or dissatisfied due to a combination of factors including increased administration, increased regulation, overwork and lack of support.

Commenting on the data, Dame Donna Kinnair, RCN Chief Executive and General Secretary said; “The NMC’s data shows that too often people quit nursing because of the level of pressure, making shortages even more acute.

“It’s tough going to work every day when there aren’t enough of you and there is seemingly little light at the end of the tunnel.

Andrea Sutcliffe CBE, Chief Executive, and Registrar added; “We all need to use the insight our registration data reveals to focus on creating the right environment, conditions and incentives to support the sustainable recruitment and retention of nursing and midwifery staff now and for the future.”