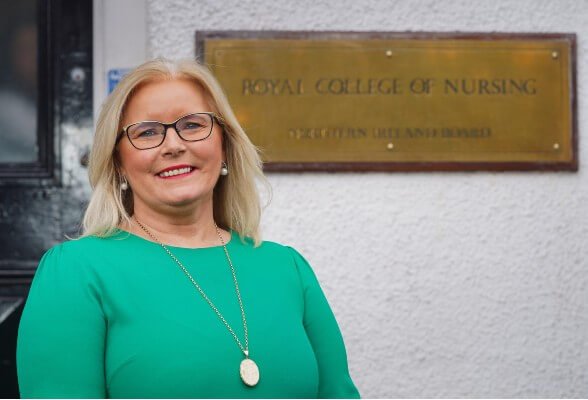 Pat Cullen, who works for the union as Director for Northern Ireland, will step into the role after Dame Donna Kinnair was placed on leave following a cycling incident.

The RCN’s ruling Council asked Ms Cullen to step into the role following her success with industrial action in Northern Ireland.

“No one will be surprised to hear that Donna’s first response was to praise the nursing staff who looked after her in hospital. I know I speak for all our members when I wish Donna a full and speedy recovery.

“In my acting role, I will lead the staff, working with Council, to ensure we continue to support members and raise the issues that matter most to you.

Ms Cullen clarified the RCN’s immediate prioritises including focusing on the Fair Pay for Nursing campaign.

“We shared our priorities on Fair Pay for Nursing – and our continued call for a significant pay rise for nursing staff this year. We raised that you continue to work under significant pressure in all settings and that long-term workforce planning and investment in staffing levels must be a priority for the UK Government when planning for return to normal services after the pandemic.”

The RCN will hold a “virual” march on Downing Street later this week.