Over 1,000 members triggered the meeting calling for an independent investigation in the recent presidential elections. 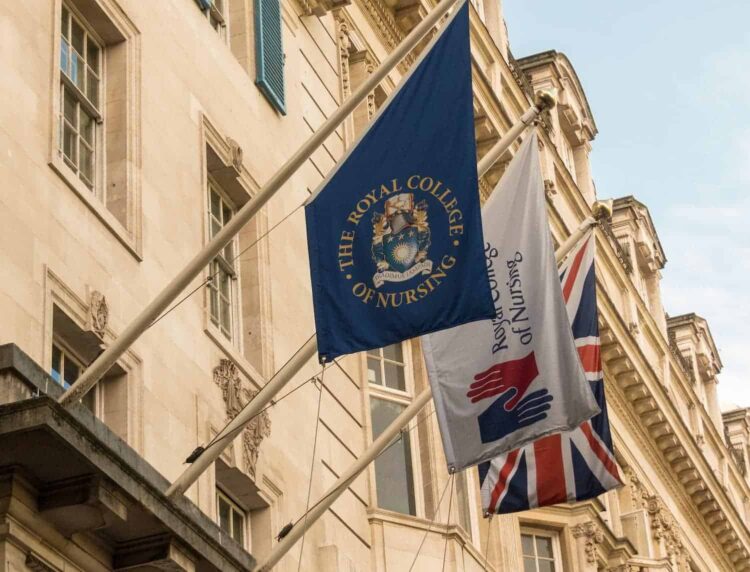 The petitioners have criticised the union for not following its own rules.

The Royal College of Nursing (RCN) has reportedly postponed an emergency meeting at the end of November amid concerns for the safety of its staff and technical issues.

A group of 1,000 members triggered the meeting calling for an independent investigation after two candidates in the recent presidential elections were disqualified for alleged rule violations.

Despite the meeting being held virtually, the union has now reportedly taken the decision to postpone the talks due to concerns for the safety of staff due to Coronavirus. The decision has been taken despite hundreds of thousands of the unions’ members working on the frontline, many without adequate or appropriate personal protective equipment (PPE), since March.

The union also told petitioners that a lack of a digital platform to hold with the event was an issue, despite successfully holding it’s Annual General Meeting (AGM) online in August.

According to the unions’ own rules, a meeting is required to take place within three months of a petition being accepted.

The union has since disputed the claims of the petitioners, incising they have “no concerns about technology or staff safety”.

The petitioners have dubbed the decision “strange” and have criticised the union over a lack of transparency.

A statement released by the group reads; “The petitioners will meet over the weekend to try and understand how best we can hold the general meetings in a way that respects the concerns and the collective wisdom of the frontline nurses who signed the petition.

“We are very disappointed at Council’s strange U-turn, having spent several weeks working with Council to draft the resolutions, find a suitable date, and move on with resolving the governance problems that blighted the presidential elections.

“We will email each of the petition signatories with a fuller update very soon.

“I feel very sorry for members whose greatest need right now is a functioning College to advocate for the nursing profession, bring about a restorative pay settlement and lead on safe and therapeutic staffing; sadly it seems we can’t even get the basics right like following our own rules.”

No concerns about technology or staff safety.

Dave Dawes, the recently appointed chair of council, responded to the claims of the petitioners; “On 12 November, Council voted to adjourn the General Meeting currently scheduled for 27 November.

“Council believes that holding a General Meeting at this time, under the pressures of a second COVID-19 surge, would not allow for full and meaningful member participation. We have no concerns about technology or staff safety. We intended to communicate this to our membership when a new date for the General Meeting had been agreed.

“However, it is important that the debate over this weekend is accurate and members know why their representatives voted this way. Council recognises the concerns expressed by the 1,000 members who signed the petition for an emergency meeting and want everyone to be assured that will reconvene.

“Right now, we recognise that nurses are on the frontline of a global and generational crisis. Council wants the entire organisation to be focused on the immediate needs of all members: fair pay and safe staffing.

“Further information will follow, for all members. As your Council, we have been elected to provide leadership, continuity, and – above all –to support the 450,000 members working in increasingly challenging situations.