Health and care workers most likely to have COVID-19 antibodies, finds study

A massive 32% of those found to have antibodies reported having no symptoms at all. 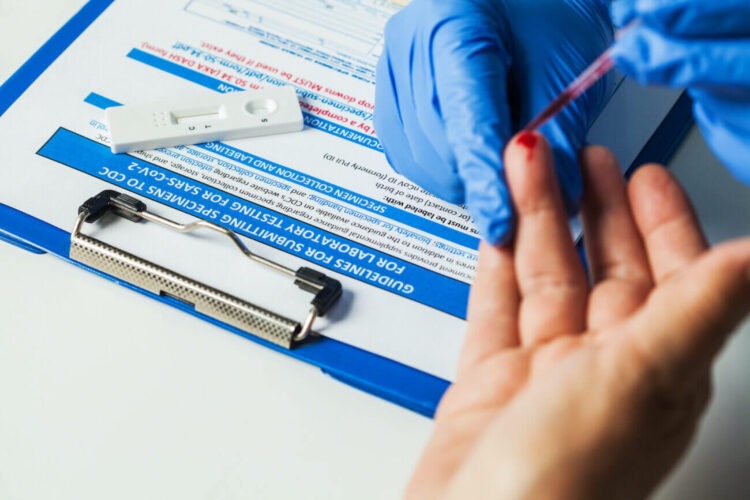 Only 6% of the population is thought to have COVID-19 antibodies.

The first report from the world’s largest home antibody testing programme tracking who has been infected by COVID-19 in England has been published.

Over 100,000 volunteers tested themselves at home using a finger prick test between 20 June and 13 July to check if they have antibodies against the virus which causes COVID-19.

The findings indicate that 3.4 million people – 6% of the population – had already been infected by Covid-19 by 13 July 2020, with variations across the country.

People living in London were most likely to have been infected (13%), as were those working in care homes and health care, and people from Black (17%), Asian (12%) and other (12%) minority ethnic groups and people living in larger households.

A massive 32% of those found to have antibodies reported having no symptoms at all.

The study authors are keen to point out that testing positive for antibodies does not mean you are immune to COVID-19. Currently, there is no firm evidence that the presence of antibodies means someone cannot be re-infected with the virus.

It is the first mass antibody surveillance study to be rolled out across the country using a finger prick test that can be used by individuals at home if given approval in the future. Mass surveillance of antibodies in the population is vital to track the extent of infection across the country and identify differences between areas and different groups of the population.

Professor Helen Ward, lead author for the study of population prevalence, said: “Thanks to the contribution of tens of thousands of members of the public, we have shown that the pandemic of SARS-CoV-2 infection in England has spread very unevenly.

“It has fallen particularly heavily on ethnic minority groups and key workers, particularly in care homes and healthcare. Those in deprived and densely populated areas are most likely to have been exposed to the virus, and we need to do far more to protect people from any future waves of infection.”

Professor Graham Cooke, NIHR Research Professor of Infectious Diseases and research lead at Imperial, added: “There are still many unknowns with this new virus, including the extent to which the presence of antibodies offers protection against future infections.

“Using the finger-prick tests suitable for large scale home testing has given us clearest insight yet into the spread of the virus in the country and who has been at greatest risk.

The surveillance study will be repeated in autumn and will test a further 200,000 people for antibodies.