Earlier this week the Government said a financial reward for keyworkers would be "unfair" on those currently facing job losses in the private sector. 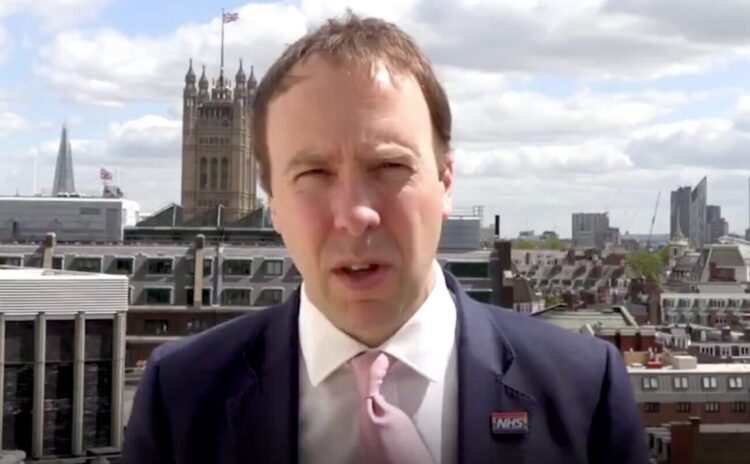 NHS workers were promised “a fair pay rise” next year.

The Health Secretary has been accused of using misleading pay statistics in evidence submitted to the NHS’s independent pay review body.

Healthcare unions have hit out after Matt Hancock’s remit letter to the NHS Pay Review Body (NHSPRB) for 2021/22 was published late this Friday afternoon, claiming it paves the way another real-terms pay cut for NHS workers next year despite being promised “a fair pay rise” next year.

The NHSPRB provides independent recommendations to the Government on NHS pay and conditions.

The letter highlights concerns over the economy and the UK’s poor fiscal position before going on to remind the NHSPRB that the Government expects “recommendations to take account of the extremely challenging fiscal and economic context, and consider the affordability of pay awards.”

Despite calls for 15%, a pay offer of between 2 to 3% widely expected. The letter also makes clear that any pay offer would not come into effect until May 2021.

Earlier this week the Government said a financial reward for keyworkers would be “unfair” on those currently facing job losses in the private sector.

Interfering with the pay process.

The news comes only hours after a NursingNotes survey revealed stressed, overworked nurses are missing meals to pay bills.

Rachel Harrison, GMB National Officer, said; “The Health Secretary’s ‘Scrooge’ letter in the week before Christmas will leave NHS workers worried that they will not receive the fair pay rise next year that they were promised.

“NHS staff will be rightly angry to see Government interfering with the pay process before any evidence is submitted.  It is outrageous that this letter has been slipped out late on a Friday when Ministers hoped that attention was elsewhere.

“Our NHS workers deserve pay justice after years of real terms pay cuts. That’s why GMB is calling for a 15% increase to restore NHS workers’ pay to what they should be and GMB will be submitting evidence to back this pay claim.

Anthony Johnson, Lead Organisor for Nurses United UK, added; “Despite all the claps this Government has shown what they think of our NHS workers.

“A cut of a fifth of our pay since 2010 that pushed thousands of us out of the profession. Now when they could give us a real pay rise they show their true colours. We will unite to fight this”