Total number of nurses and midwives has risen by almost 4,000

However, the number of nurses and midwives from the EU continues to decline with 2,385 fewer registering to work. 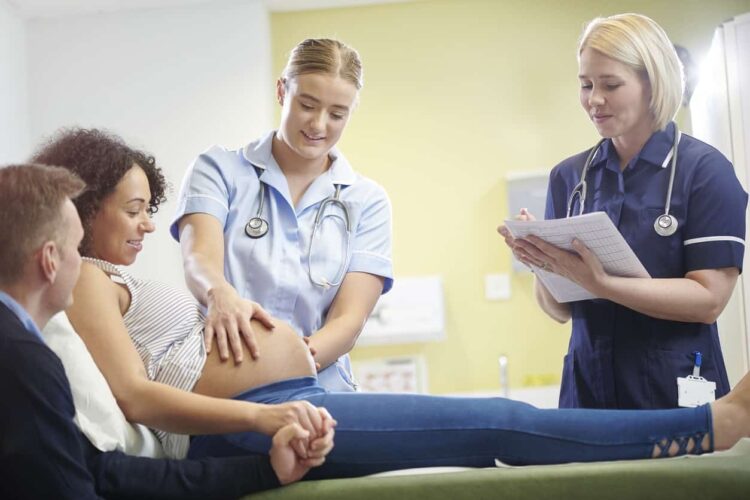 The total number of nurses and midwives have risen for the first time in recent years.

The total number of nurses and midwives registered to work in the UK has increased by 3,880 in the past 12 months, according to data released today by the Nursing and Midwifery Council (NMC).

However, the number of people on the register from the EU continues to decline with 2,385 fewer nurses and midwives registered to work.

RCN Deputy Director of Nursing Stephanie Aiken said: “Despite the alarming number of vacancies for registered nurses, and increasing gaps in nursing rotas, the number of newly registered nurses is falling, not rising – with the impact of the withdrawal of funding for nursing students in England two years ago still to come. Our European colleagues are also continuing to leave the UK rather than face post-Brexit uncertainty.

“Just one day after a coalition of experts showed Brexit could leave the UK short of 51,000 nurses, we get confirmation that even more EU nurses left in the last year. Meanwhile, fewer than 900 signed up to work in the UK compared to 10,000 only two years ago, putting more pressure on services that have come to rely on European nursing staff.”

“It is imperative that workforce planning delivers a sustainable nursing workforce in the UK with tens of thousands more registered nurses joining, rather than an over reliance on an ageing workforce choosing not to leave,” Stephanie added.

Earlier this week, the RCN launched a campaign to get £1bn a year back into nursing education in England to help students struggling to make ends meet and arrest the catastrophic fall in nurse numbers.

We need to work on staff retention.

Sean O’Sullivan, Head of Health and Social Policy at the Royal College of Midwives, said: “The rise in the number of midwives although modest is welcome as is the Government’s commitment to 3000 more midwives in England announced this summer.”

“But we remain concerned about the fall in the number of midwives from other EU countries. We need to give our valuable EU staff including around 1300 EU midwives across the UK, some certainty about their status. We repeat our call for the Government to guarantee them the right to stay after Brexit.”

“England still remains 3500 full-time midwives short of the numbers needed and pressures on services continue to increase as births become more complex. This is why we need to have systems in place to keep and bring in midwives and other staff from outside the UK.”

“There is also a need to continue to focus on retaining the staff we have. We train around 2,000 midwives every year in England but the total workforce is still only slowly creeping up. Meanwhile the pressures on midwives and their maternity colleagues continues to increase as births become more complex.