A report has warned that the impact of delays on patients isn’t being taken seriously enough. 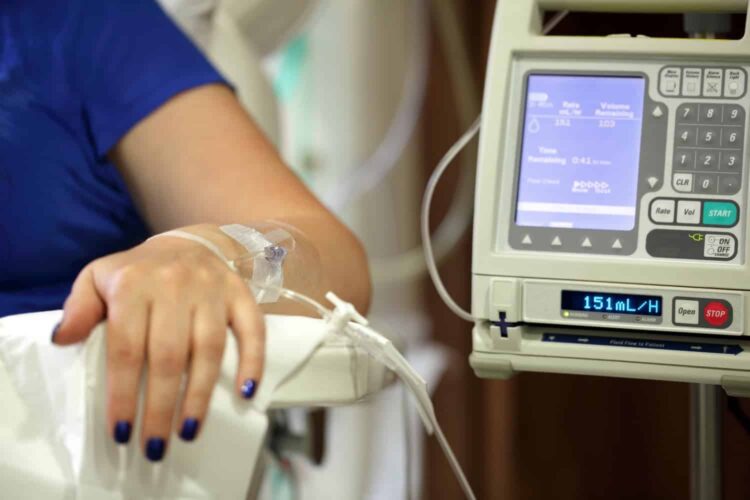 Only one in three trusts are meeting cancer waiting time targets.

Patients are facing “unacceptable” and “agonising” delays for both elective and cancer treatment, claims a new report.

The report by the Public Accounts Committee accuses health bodies of “a lack of curiosity” and warns that increasingly long waiting times “risk patients’ lives”.

The report goes on to warn that the impact of delays on patients isn’t being taken seriously enough and urgent action is needed.

NHS England and NHS Improvement have both been asked to evaluate and report back to the Committee on how they plan to ensure patient demand is met in both the long and short term.

Meg Hillier MP, who chairs the committee, said that it was unacceptable that the proportion of patients being treated within NHS waiting times was continuing to spiral downwards

“The impact on individuals of protracted waiting times cannot be ignored. As one charity told us, the wait for cancer testing is “agonising… it is essential that a definitive answer is given as soon as possible, to either provide peace of mind or to allow treatment to begin at the earliest stage.”

“In a high-pressured healthcare environment in which patient numbers are rising and demand is increasing, we were troubled by the Department’s and NHS England’s approach to waiting times which seems to be characterised by gaps in understanding of: patient harm, hospital capacity and what is driving demand.

“It is no surprise then that we see such variation of waiting times across local areas and, therefore, why it has proved impossible for local trusts to properly map services and deliver sufficient provision.

The Royal College of Nursing (RCN) says the failure to meeting targets is down to a lack of nursing staff.

Dame Donna Kinnair, Chief Executive and General Secretary of the RCN, said: “This report echoes calls the RCN has made for some time about the need to focus on the impact of the NHS’s failure to meet targets on patients themselves, who often seem to get forgotten in complicated debates about how waiting time statistics are calculated.

“At the heart of this failure to meet the targets for elective and cancer care is the fact that we simply do not have enough nursing and other clinical staff for patients to get their treatment within the target times. We need Ministers and NHS leaders in England to focus urgently on producing a comprehensive and costed strategy for increasing the nursing workforce – as a first step, the RCN is calling for at least £1 billion to be invested into nurse higher education in order to increase the number of students taking nursing degrees.

‘The impact is not taken seriously’.

Nigel Edwards, Chief Executive of the Nuffield Trust, said: “It’s no secret that the NHS has been missing most key waiting times targets for years. This report warns the impact on patients isn’t being taken seriously enough. The strong focus on A&E waiting times has been in danger of obscuring the fact that some patients waiting for planned care are suffering greatly from serious conditions and need help.

“I’m afraid I’m not convinced that just issuing new ultimatums to NHS England will resolve these problems. It’s all well and good for different parts of Government to demand things of each other, but without enough staff and beds the NHS won’t be meeting the old or new targets any time soon.

“The new targets suggest some promising ideas but we need to be honest that there will be some winners and losers when it comes to who has to wait the longest. The NHS will need to have a careful look at who these people are as the targets get tested out and be flexible if they’re not serving patients well.”