The RCN will fund thousands of members to attend a six-week training programme. 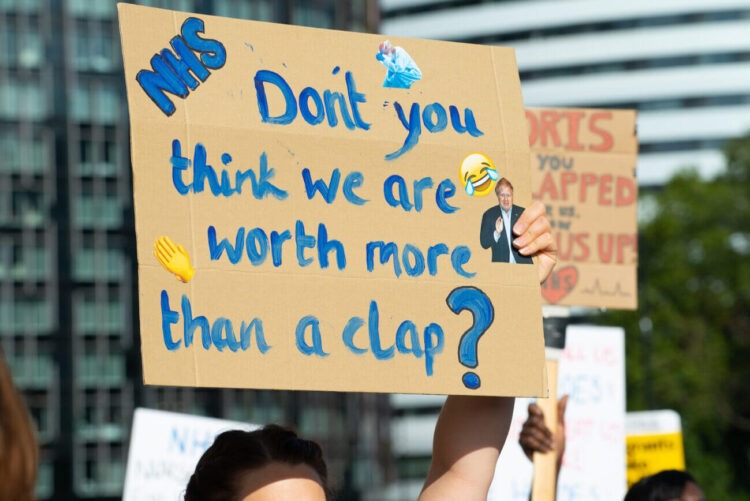 The Government insists a 1% rise is all it can afford for NHS workers in England.

The Royal College of Nursing (RCN) has announced new plans to get its members active and ballot-ready amid an ongoing dispute over pay.

The nursing union is seeking to empower and engage its members by funding thousands to attend a six-week training programme ahead of a possible ballot of its members on industrial action later this year.

It comes after the government proposed a 1% pay award for NHS staff in England at the beginning of March.

Immediately after the announcement last month, the College confirmed it was setting aside a £35 million industrial action fund for the first time in its history should nursing staff vote to take action.

Under the plans, nursing staff will study alongside campaigners from across the world in seminars by leading organiser, campaign strategist and author Jane McAlevey.

In stark contrast, earlier this month Scotland announced a backdated pay offer of “at least” 4%.

The RCN’s ongoing Fair Pay for Nursing campaign is asking for a 12.5% restorative increase for NHS staff across the UK after years of real-terms pay cuts.

RCN Chief Executive and General Secretary Dame Donna Kinnair said: “Our members are determined to be ready for all eventualities this summer. If politicians chose to ignore the need for a pay rise for NHS staff, this training will increase our capacity to organise, mobilise and use the power we have.

“Each one of our members knows what needs to improve in their workplace and their community and that’s a significant and substantive pay rise to deliver sufficient staff to provide safe and effective care. When properly supported to come together, our members will fight for what patients need.”

The training is part of the College’s development of a new ‘organising’ model which aims to empower nursing staff to tackle the issues they face in their workplace and support our existing active members. The ambition is to train 25,000 organisers by 2022.