A 2.1% rise for NHS workers was already agreed and funded, claims NHS

NHS Providers has hinted that the Government is "snatching" away an already agreed rise from workers. 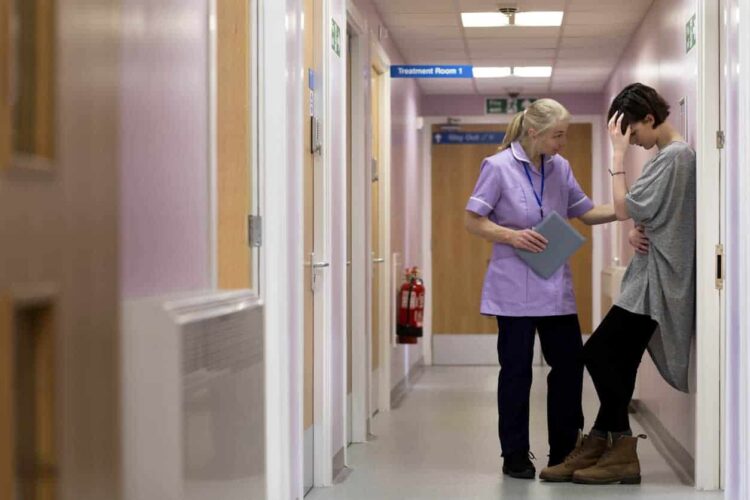 The most experienced front-line nurses are worse off now than ten years ago.

A 2.1% pay rise for NHS workers was agreed upon, funded, and then “enshrined in a formal act of parliament”, according to NHS Providers.

The organisation which represents NHS Trusts in England released a statement today expressing its confusion after it says a pay rise for healthcare workers was factored into a previous financial settlement with the NHS.

The news comes just hours after the Government asked the NHS Pay Review Body (NHSPRB) to recommend a rise of just 1% for all NHS workers.

NHS Providers has now hinted that the Government is “snatching” away an already agreed rise from workers in order to fund the additional costs of COVID-19 – something he personally committed to he would meet.

It points to the assumption made on page 37 of the NHS’s Long Term Plan Implementation Framework, published in June 2019.

Deputy chief executive of organisation, Saffron Cordery, said: “It is very disappointing that the government has said that a 1% pay rise is all that is affordable when they know that the assumption was that the 2021/22 NHS pay rise would be 2.1% and that this was covered by the NHS revenue settlement announced by Theresa May in June 2018.

“This settlement was then enshrined in a formal act of parliament, the NHS Funding Act 2020.

“These assumptions, published in June 2019 were, of course, made before the events of the last 12 months which have significantly strengthened the case for a larger pay rise for NHS staff. In a survey of trust leaders for our evidence to the NHS Pay Review Body, 82% of respondents wanted a pay uplift of at least 3%, with only 14% saying it should be 2% or less.

Ms. Cordery adds; “Some will think that the government is snatching planned pay rises from the pockets of deserving NHS staff so they don’t have to fund the extra costs of COVID-19, which the chancellor personally committed he would meet.

“We assume that the Pay Review Bodies will take full account of these published assumptions in the recommendations they make.”

Anthony Johnson, Lead Organiser for Nurses United UK, added; “Nurses keep pointing out that cutting our pay in real terms has put our patient’s safety and our well-being at risk.

“For this Government to be offering a real-terms pay cut as a negotiating strategy, whilst they ask our NHS to budget for higher levels, is disgusting. They’re playing games with our lives, the lives of our patients and it’s no wonder that this is why we are where we are.

“Nurses don’t let anyone stand in the way of patient’s safety and we will make sure that everyone remembers that.”