At least 930 health and care workers to date have died after testing positive for COVID-19. 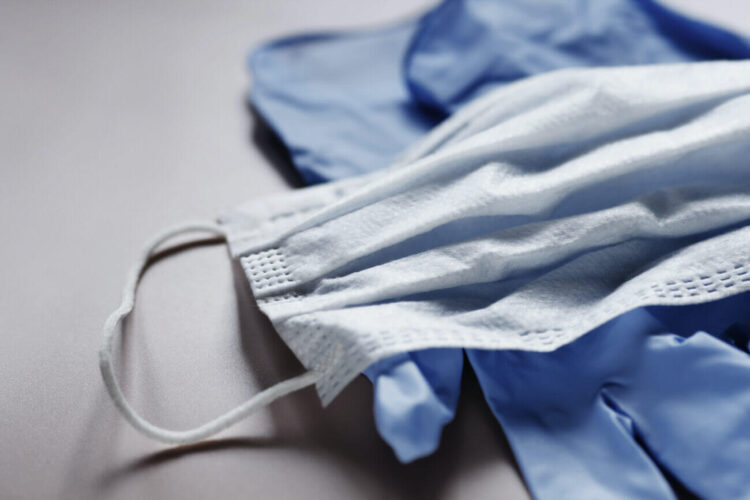 Healthcare workers are at three to four times greater risk of developing and dying from COVID-19.

The Prime Minister has been urged to prevent a further loss of life by acting on the evidence around the need for better ventilation and higher grade PPE.

Data suggests that some healthcare workers are at least three to four times greater risk of developing and dying from COVID-19 virus than the general public and deliver care at “huge personal risk”.

Across the UK, at least 930 health and care workers to date have died and many more are suffering from long-term adverse effects of COVID-19.

The majority of nursing staff care for COVID-19 patients wearing nothing more than a standard surgical mask, gloves, and a thin plastic apron. In what has been described as a national disgrace, frontline healthcare workers have even been given repurposed bin bags to use at personal protective equipment (PPE).

In a joint letter to Boris Johnson, signed by leading health organisations including the Royal College of Nursing (RCN), the British Medical Association (BMA) and academics such as Professor Trisha Greenhalgh, they call for a “ change in approach must be implemented at speed” to protect staff and patients.

The experts argue that current policies over-emphasise the importance of fomite, droplet and direct spread at the expense of “mission-critical” measures to reduce airborne transmission in high-risk health and care settings, which remain inadequate.

Twenty-one healthcare bodies representing nearly 1.3 million healthcare workers across the UK have once again called on the Prime Minister to intervene.

The letter reads;  “Health and care workers are at three to four times greater risk of developing and dying from COVID-19 than the general public.

“However, measures to reduce airborne spread in high-risk health and care settings, which are mission-critical to the pandemic response, have thus far been inadequate.

“Current policies continue to emphasise the importance of fomite, droplet and direct spread but do not properly address airborne transmission.

“We believe that given the rapid emergence and evolution of new variants of concern, a change in approach must be implemented at speed to protect patients and staff consistently across the UK.”

It continues; “This is a UK-wide issue. Where coordinated, national action could make a decisive difference.

“We therefore look to the UK Government, and you as Prime Minister, to take the lead to address the inconsistencies and gaps in guidance and in the protection of patients and health and care workers.”