We take a look at the major differences between nursing in these two counties. 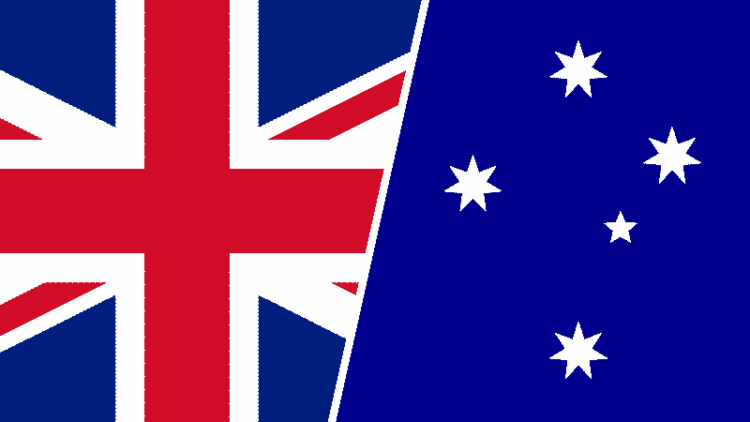 The United Kingdom and Australia are literally half-a-world apart but how does nursing in Birmingham compare to Brisbane or nursing in Sydney to Sheffield?

UK: NHS Nurses in the United Kingdom are subject to the Agenda for Change pay structure which gives nurses an average annual salary of £25,653 ($42,535). Nurses working in London receive up to an extra 20% due to increased living costs.

Australia:  Nurses in Australia have an average annual salary of $65,000 (£39,201) – however, this can be can vary significantly by location and sector.

UK: In general, the UK has a nurse to patient ratio of 1:8, however, will usually depend on patient acuity, place of work, location, number of beds. High dependency ratios are usually 1:2 and intensive care 1:1.

Australia:  Nurse to patient ratio, on average, is 1 nurse to 4 patients, except during night duty and intensive care patients are usually 1:1.

UK: In the United Kingdom, nurses are regulated by the Nursing and Midwifery Council (NMC) and pay an annual fee to practice of £120 ($215). Nurses wishing to transfer their international registration to the UK would be subject to an application fee of £1415 ($2515).

Australia: In Australia, nurses are regulated by The Australian Health Practitioner Regulation Agency’s Nursing and Midwifery Board of Australia (NMBA) and pay an annual fee to practice of $150 (£85). Nurses wishing to transfer their international registration to Australia would be subject to an application fee of around $515 (£290).

UK: ‘Full time’ nurses work 37.5 hours per week which as usually spread between days, nights and weekends – which unsocial hours being at a slightly higher rate. The majority of healthcare organisations in the UK use a 12.5-hour shift regime, however, shorter 7-hour shifts can be negotiated. Overtime is usually paid at the standard rate with minimal enhancements.

Australia: ‘Full time’ nurses will be expected to work around 40 a week. The majority of healthcare organisations in Australia use a short shift regime. This is usually made up of days, nights and weekend shifts. Overtime shifts rates are usually between time-and-a-half to triple time.

The United Kingdom and Australia have very similar numbers of male to female nurse ratios with around 12% of all nurses identifying as male.

The World Health Organisation (WHO) rates the United Kingdom as the 18th best healthcare system in the world while Australia ranks slightly higher at the 9th –  comparatively, the United States ranks as 37th.

UK: Nursing in the UK has been a graduate profession, requiring a bachelors degree, since 2013 and are required to complete 35 hours of CPD, however, this can be spaced across the three year period since their last revalidation.

Australia: Nursing in Australia has been a graduate profession, requiring a bachelors degree, since the 1990s and are required to complete a minimum of 20 hours of CPD as part of their yearly registration renewal.

The United Kingdom and Australia have very similar job opportunities for nurses, these can include; primary and secondary care, care homes, hospice care and community nursing. The United Kingdom is currently experiencing a significant nursing shortage so work will be freely available, while Australia is having similar issues there may be slightly more competition for jobs.

Useful Links for the UK