A Royal College of Nursing Council member has claimed that those who supported a vote of no confidence in the council have brought the union into "disrepute". 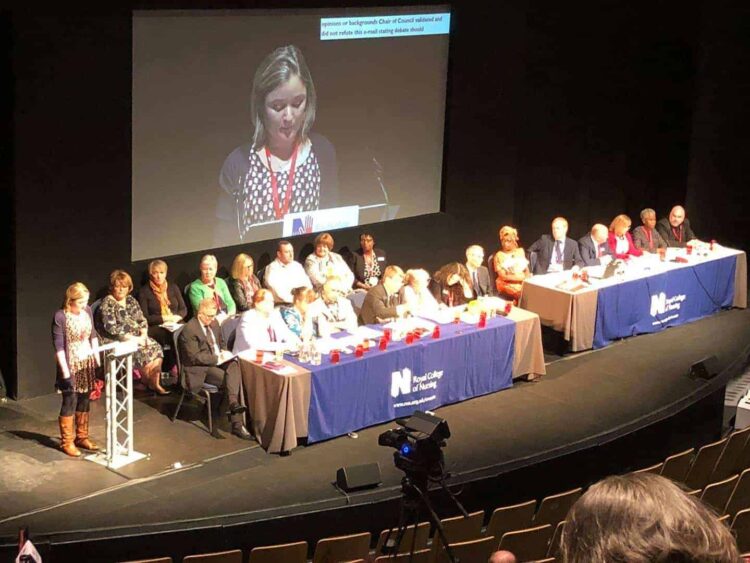 A council member has claimed that the vote of no confidence has brought the union into “disrepute”.

The Royal College of Nursing Council member for the East Midlands claims that those who supported a vote of no confidence in the council have brought the union into “disrepute”.

The claim was made shortly after a vote of no confidence was passed at an Extraordinary General Meeting (EGM) last month following accusations the union mishandled the NHS pay deal in England.

During the EGM, several senior RCN leaders claimed the vote of no confidence had ‘political motivations’.

In a post on social media which announced his intention to re-stand for RCN council, David Miller the current council member for the East Midlands, accused those who supported a vote of no confidence in the RCN of bringing the college into “disrepute”.

He said; “I am most concerned that the vocal few of less than 3% of national members can in effect put the RCN and all we stand for into disrepute”.

Before finally adding; “I am too close to retirement to just walk away. I am seriously scared at what the alternatives could be.”

Those standing for election to the RCN’s governing Council have been announced, and controversially, the candidates include numerous members of the current council – David Miller will be standing against Deirdre Sissons for the East Midlands seat.

An RCN spokesman said: “This was a personal message by a Council member, explaining that his reason for standing for election is that he is keen to ensure that the future direction of the College is determined by the majority of the membership”.

The college ‘will emerge stronger’.

Commenting on the meeting and outcome of the vote, Maria Trewern added: “Today’s honest and open debate in Birmingham has cleared the air and the College will emerge stronger as a result.

“This vote is clear and the Council and management of the RCN have received the message.  Council has already driven change within the organisation in recent weeks – to listen more closely to members and involve them thoroughly – and this will continue.