The nurse said the attack had left her feeling shaken, nervous and helpless. 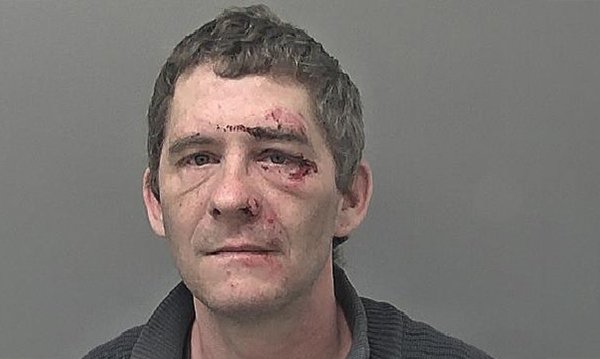 A man who assaulted a nurse and two security officers has been prosecuted.

Mark Gallagher, 42, assaulted the nurse in the early hours of February 16 after he was brought to Hull Royal’s Emergency Department with a head injury. He then assaulted two security officers called to escort him out of the department.

Magistrates were told Gallagher had gone drinking with a relative and was taken to Hull Royal with a head injury after falling over. He underwent scans, which were clear, but staff allowed him to stay in a cubicle to “sleep it off”.

Later, while a nurse was treating a patient in a nearby cubicle, Gallagher came in and assaulted her – pushing her by the shoulders and grabbing her wrists. Going on to punch and kick security guards before being arrested by police

The nurse said the attack had left her feeling shaken, nervous and helpless.

‘He is extremely sorry’.

Following an appearance at Hull Magistrates’ Court, Mr Gallagher was prosecuted under the Assaults of Emergency Workers (Offences) Act – which came into force at the end of last year.

Mike Farr, defending, said Gallagher, who has no previous convictions, had no recollection of the attack and had been taking medication for depression and anxiety, which he believed had reacted with the alcohol he drank.

Magistrates imposed a curfew on Gallagher, preventing him from being outside between the hours of 7pm to 7am for eight weeks. He was also given a 12-month community order and was ordered to pay £150 in compensation to each of the three members of staff. He was also ordered to pay £85 in costs and a victim surcharge of £85.

Ron Gregory, Security Manager at Hull University Teaching Hospitals NHS Trust, said the prosecution should serve as a warning after more than 70 assaults by members of the public were reported by staff at Hull Royal Infirmary and Castle Hill Hospital in the past 12 months.

He said:  “Anyone who is violent or abusive to any member of staff at our hospitals should be in no doubt they will face the appropriate punishment for their crime.

“Our staff come to work every day to help others. They do not come to work to be assaulted, abused, spat at or attacked and we will not tolerate any such behaviour.”

Chief Inspector Lee Edwards of Humberside Police said: “Any assault on an emergency worker is wholly unacceptable and will not be tolerated.

“Our priority first and foremost is to protect and help the public, and attacks like these should not happen.

“If anyone thinks they can get away with assaulting an emergency worker, they are sorely mistaken, as they will now face much tougher penalties for such actions.”