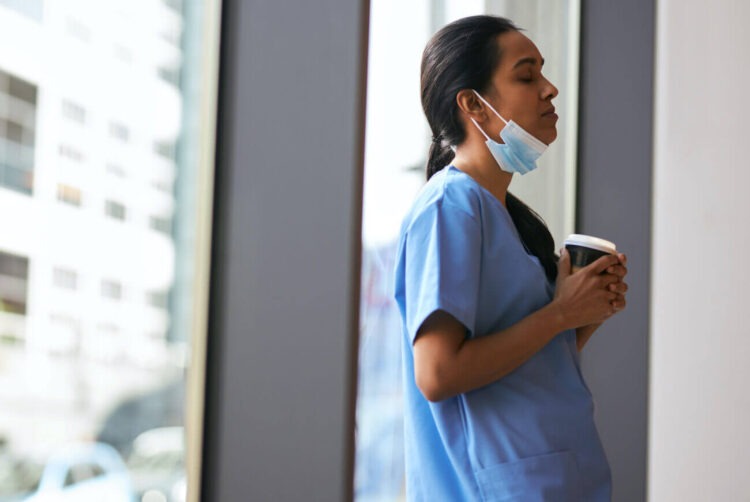 A single-year 3% rise was announced by Sajid Javid a month ago.

The vast majority of NHS workers in England will be forced to wait until September for a 3% pay award to be applied to their wages.

Eight of those ten Trusts said they planned to apply the pay award from the September payday onwards.

A single-year 3% pay rise was announced by the newly appointed Secretary of State for Health and Social Care Sajid Javid over a month ago. The deal was backdated to April 2021 when NHS workers were originally due a pay rise.

The deal comes in the context of a decade of real-terms pay cuts for NHS workers, with the average frontline nurses being around £5000 a year worse off now than ten years ago.

The average frontline nurse will see a post-deductions rise of around £0.25p per hour.

NHS workers in Northern Ireland are in a worse position as they will be forced to wait till October for the executive to make any decision over pay.

NHS unions have been calling for between 12.5% and 15% since last year and are currently consulting their members on if to take further action over the pay award.

Anthony Johnson, Lead Organiser for the group said; “People outside the profession will think that this is all over, but the artificial pressures, created by cutting nurses pay, privatising services and treating nurses like disposable numbers is crippling our NHS.

“Nurses are still having to run flat out to try to catch up with electives. They’re having to watch the brunt of the pandemic turn onto young people who haven’t been fortunate to have 2 vaccines.

“All of which takes its toll. It is abhorrent, for this Government, who can find an additional 22 billion to give to their mates in Serco’s test and trace, to force nurses struggling to feed themselves and their loved ones to wait.